Angelina Jolie said she is working to create a world where her daughter Zahara Jolie-Pitt will be protected from « racism and discrimination. »

In an interview with Harper’s Bazaar U.K., the Special Envoy of the High Commissioner for Refugees revealed that the recent pandemic and ongoing political unrest has shifted her perspective on the humanitarian work she does. Jolie explained that for the past 20-years, she’s worked internationally to combat issues across the board, but now, she intends to « rethink the needs and suffering within my own country. »

« There are more than 70 million people who have had to flee their homes worldwide because of war and persecution—and there is racism and discrimination in America. A system that protects me but might not protect my daughter—or any other man, woman or child in our country based on skin color—is intolerable, » she explained.

Jolie adopted a 6-month-old Zahara from an Ethiopian orphanage in 2005. Though her now-estranged husband Brad Pitt, accompanied her on her trip to meet Zahara, he didn’t formally adopt Zahara and Maddox Jolie-Pitt until a year later.

For this reason, Jolie said she hopes to see true reform in the United States.

She continued, « We need to progress beyond sympathy and good intentions to laws and policies that actually address structural racism and impunity. Ending abuses in policing is just the start. It goes far beyond that, to all aspects of society, from our education system to our politics. » 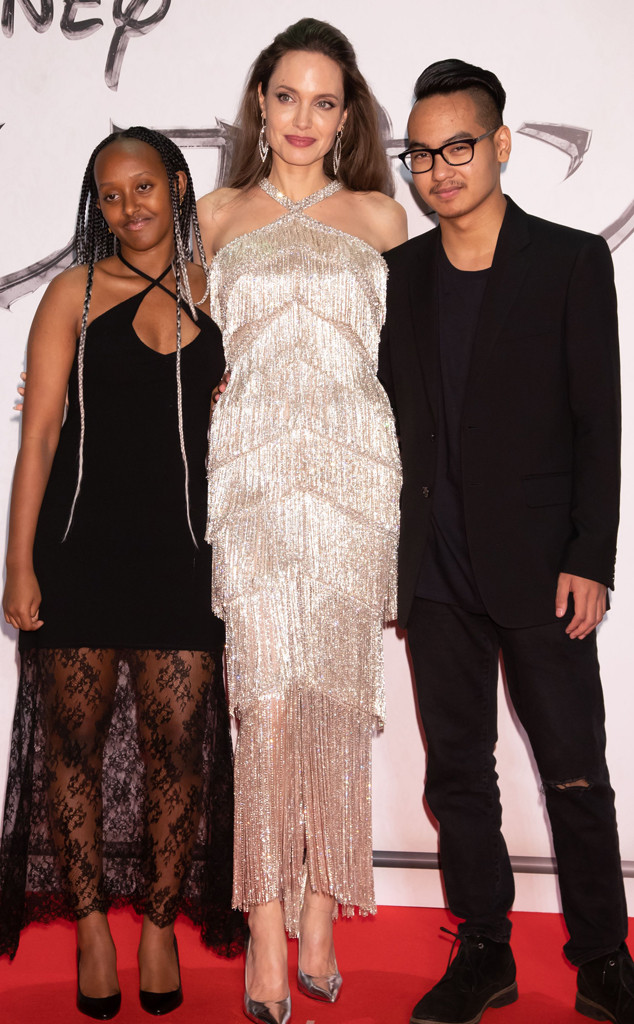 The mother-of-6 said that she believes these changes are already taking place, explaining, « It feels like the world is waking up, and people are forcing a deeper reckoning within their societies. »

Despite these pressing issues, the Tomb Raider star shared that she’s trying to prioritize her kids, whom she shares with ex Brad Pitt. « Like most parents, I focus on staying calm so my children don’t feel anxiety from me on top of all they are worrying about. I put all my energy into them, » the matriarch explained.

Jolie previously revealed in April that she and the kids were all « locked in and doing all right, » amid the coronavirus pandemic.

Additionally, a source shared in March that the five youngest of the Jolie-Pitt children were still visiting their father and social distancing. «  »All the kids are home with Angelina but they have continued seeing Brad and go over for their regular visits, » the insider said.

To learn how to take action and get involved with the Black Lives Matter movement, please click here.