Accueil Series TV Spinning out Bachelors of Seaons Past Ranked, From Least to Most Dramatic (Photos) 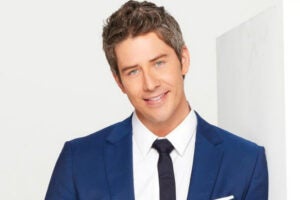 As we steep ourselves in the drama of Peter Weber’s season, let us take a walk down memory lane with the Bachelors of years past. From Arie Luyendyk, Jr. to Jake Pavelka to Colton Underwood, here is TheWrap’s ranking of every single Bachelor from least to most dramatic. And don’t forget to tune in to ABC on Mondays at 8/9c to see how Pilot Pete’s season plays out.

23. Sean Lowe
Given that Sean is the only Bachelor whose proposal turned into marriage — one that’s still going strong — we have to give him the title of Least Dramatic.

22. Bob Guiney
Guiney was a contestant on the first-ever season of « The Bachelorette, » hitting off the tradition of contestants becoming the next Bachelor or Bachelorette. He didn’t propose to his finalist, Estella Gardinier, but did give her a promise ring. They broke up after the show aired.

21. Andrew Firestone
Andrew Firestone — yes, like the tire company — was the third Bachelor in the franchise. He ended his season with a proposal to Jen Schefft, but they ended the relationship after a few months. He’s pictured here with his wife Ivana Bozilovic.

20. Aaron Buerge
Buerge was the second-ever Bachelor, but his season was less than noteworthy… all we really remember about him is that he was a banker. He gave his final rose to Helene Eksterowicz, but they ended up breaking up after the show. He’s now married with two daughters and a stepdaughter.

19. Lorenzo Borghes
Borghes’ season was injected with a little extra glitz, him being a prince and all. Borghes didn’t propose to his winner, Jennifer Wilson, and the couple broke up about a month after the show. He then briefly dated his runner-up, Sadie Murray, but they didn’t last either.

18. Andrew Baldwin
Season 10’s Andy proposed to Tessa Horst in the finale, but they called off the engagement after the show. The couple continued to date for about six months before breaking up.

17. Byron Velvick
This deep sea fisherman proposed to Mary Delgado in the finale of Season 6, and the couple had a five-year relationship before splitting. Delgado was arrested for assaulting her new fiancé in 2007, according to People.

16. Travis Lane Stork
Season 8 Bachelor Stork didn’t propose to his winner, Sarah Stone. The couple dated for a bit after the show, but eventually broke up. He’s now the host of the talk show “The Doctors.”

15. Alex Michel
Michel was the very first Bachelor, and started out the franchise without even popping the question to Amanda Marsh, who won his final rose. They dated for a few months before splitting up.

14. Chris Soules
Our small-town farm boy hero Chris Soules didn’t have a very dramatic season, all things considered, but he’s been rocked by scandal after his time on TV. In April 2017, Soules rear-ended a man on a tractor who later died. He was charged with leaving the scene of a fatal car crash, according to the Des Moines Register. The outlet reported in March that Soules was « appealing the Iowa Supreme Court’s recent decision not to consider the merits of the charge against him. »

13. Jesse Palmer
Back in Season 5, the early, early days of the long-standing franchise, Jesse’s season was billed as the « most dramatic ever! » Even though by now much more dramatic events have happened on « The Bachelor, » Jesse did at one point call out the wrong woman’s name at the Rose Ceremony and had his best friend’s wife posing as a contestant.

12. Charlie O’Connell
Charlie’s season finale was interesting in that he chose contestant Sarah Brice, but didn’t propose to her. The couple dated for two years, broke up, got back together, and then broke up again in 2010. Charlie married Playboy Playmate Anna Sophia Berglund in 2018.

11. Matt Grant
The most memorable thing about Season 12’s bachelor is that he’s British. Sadly, the aftermath of his season was met with tragedy. Contestant Erin Storm died in a plane crash in 2016. Matt told ET that he was « massively shocked » to learn of her death, and that « We were lucky to have Erin on season 12. She was genuine, self-assured, beautiful and hilarious. »

10. Ben Higgins
Ben’s season itself was pretty tame — minus the usual tears — up until the near end, when he told both finalists JoJo Fletcher and Lauren Bushnell that he was in love with them. He ultimately chose Lauren, and the couple had a spin-off show on Freeform titled « Ben and Lauren: Happily Ever After? » while JoJo went on to be the next Bachelorette. Ben and Lauren didn’t last, though, and broke up in the spring of 2017.

9. Peter Weber
We haven’t even seen the ending of his season yet, but so far, this man attracts drama wherever he goes. Maybe it’s because he stirs the pot by literally asking the women in the house to talk trash about each other. Maybe it’s because he’s afraid of warnings that some girls aren’t there for « the right reasons. » Maybe he just doesn’t know what he wants… or maybe, just maybe, he’s still in love with Hannah Brown. Just a theory!

8. Colton Underwood
Even before the famous fence-jump, Colton’s season turned up the drama when Katie informed our Bachelor that there were people in the house who might not be there for the right reasons. Suddenly, that concept became his « greatest fear. » But things got crazy after Cassie, his true love of that season, sent herself home because her dad didn’t want her to marry him. The man dramatically ripped off his mic, jumped that damn fence, and successfully evaded producers for a couple of hours before returning to the show with one goal in his heart — win back Cassie. Well, he did, and they’re still together — although they aren’t married.

7. Jake Pavelka
Jake’s season was actually full of dramatic moments. Contestant Rozlyn Papa was kicked off the show for having  « physical relationship » with one of the producers, Ali Fedotowsky left early to return to work, and for the first time in franchise history, both women on the two-on-one date were sent home. Jake and his final rose recipient Vienna Girardi broke up a few months after the season concluded.

6. Ben Flajnik
Ben started on Bachelorette Ashley Hebert’s season, where he was the runner up to JP Rosenbaum. His consolation was being the next Bachelor, where he chose Courtney Robertson as his fiancée. Courtney was a polarizing figure on the season, and it’s safe to say that the other contestants didn’t like her much. They broke up after the season, and she ended up writing a tell-all book about her experience.

5. Juan Pablo Galavis
Juan Pablo is the Bachelor that everyone loved to hate — he’s even been declared the worst bachelor in history. His unsavory reputation is warranted: He made headlines for saying there should never be a gay bachelor and used the word « pervert » in his reasoning. He slut-shamed one of his own finalists, and ABC had to release a statement apologizing for his « careless, thoughtless and insensitive » comments, later removing him from the cast of « Dancing With the Stars. » He ended up choosing Nikki Ferrell — kind of. He didn’t propose to her, but gave her the final rose. At the After the Final Rose Ceremony, he refused to say he loved her, even after Chris Harrison’s prodding.

4. Brad Womack
Brad has gone down in Bachelor history because he ended his first season (yes — he was the Bachelor twice) without proposing to anyone. The move caused a groundswell of backlash, but we have to hand it to Brad for not playing along with the show’s finale just for the sake of proposing. Brad was the Bachelor for the second time in 2011, when he gave Emily Maynard his final rose. The couple ended up breaking it off after the show ended, however, and Emily became a Bachelorette.

3. Nick Viall
Ohhhh Nick. The Wisconsin native began his Bachelor franchise career on Season 21, where he won the first impression rose from lawyer Andi Dorfman. He made it to the final round, but was the runner-up to baseball player Josh Murray. Nick was then so infatuated with Kaitlyn Bristowe that he wedged his way into her season, again making it to the final rose but coming up short to personal trainer Shawn Booth. He also had a stint on « Bachelor in Paradise » before becoming the Bachelor in 2016. That’s a mouthful just to get to his season.

2. Jason Mesnick
It turns out that Arie’s change of mind wasn’t unprecedented. Jason Mesnick, Bachelor No. 13, pulled a similar switcheroo — and he’s still married with his second choice. This real estate agent from Kirkland, WA, initially proposed to Melissa Rycroft, but later told Chris Harrison that things just weren’t the same after the show wrapped, and that he was still in love with Molly Malaney. He broke up with Melissa on national television. « You are such a bastard, » she told him. « I wish more than anything on that last day you would have just let me go. » Ouch.

1. Arie Luyendyk, Jr.
The finale to his season of « The Bachelor » was billed as the most dramatic in franchise history, and ABC was right. Arie initially picked Becca Kufrin, and proposed to her, saying he would pick her from every day going forward. Fast forward several weeks (after sliding into a handful of former contestants’ DMs), and he’s breaking up with her to see if he can make things work with runner-up Lauren Burnham in the most awful hour of TV ever. During the After the Final Rose Ceremony, Arie proposed to Lauren… in front of Becca, which was beyond awkward. Becca’s consolation prize: She’ll be the next Bachelorette.