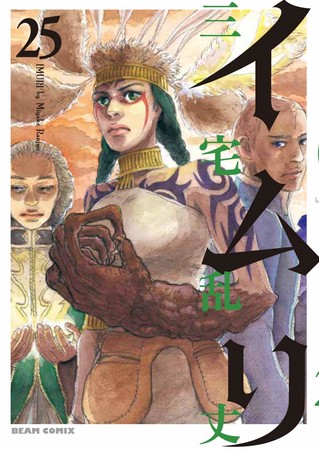 The July issue of Kadokawa’s Monthly Comic Beam magazine revealed on Friday that Ranj? Miyake’s Imuri manga will end in the magazine’s August issue, which will ship on July 10.

The manga launched in Monthly Comic Beam in 2006. Kadokawa published the manga’s 25th volume on November 11. The manga won an Excellence Award in the Manga Division of the Japan Media Arts Festival in 2009.

The sci-fi fantasy series follows a group of boys who decide to take a journey to challenge their fate in a world full of hatred, despair, sadness, and pain.

The anime and manga also inspired a stage play adaptation. The first stage play, Pet: Kowareta Suis? (The Broken Water Tank), ran in Tokyo in December 2018. The second stage play, Pet: Niji no Aru Basho (The Place Where the Rainbow Is), ran for nine performances at the Kanda Myojin Hall in Tokyo last July and August.