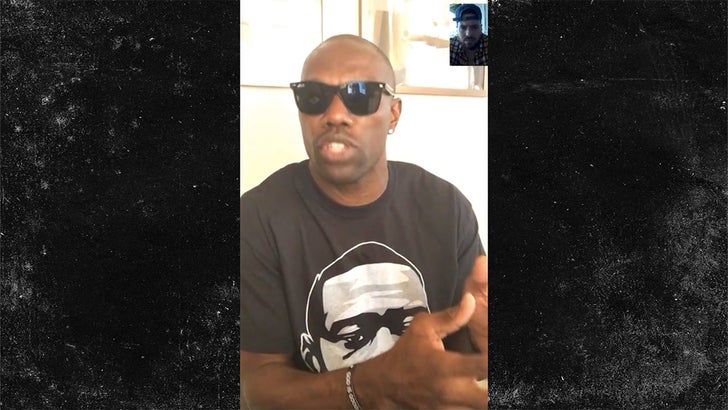 Terrell Owens is adamant he experienced « systemic racism » in the NFL during his time with the San Francisco 49ers … and he seems to be pointing the finger at coach Steve Mariucci.

The 46-year-old Hall of Famer was explaining to TMZ Sports why he believes he was « blackballed » from the league 9 years ago … when he made the bombshell allegation.

« I could’ve still continued to play but because I was outspoken, because of who I was, I wasn’t allowed the opportunity. »

« Because I was outspoken. Because of who I was and because of some of the coaches that said things behind closed doors and got in the ears of these owners, that’s why I wasn’t able to really continue on with my career. »

When asked, Owens wouldn’t get into specifics — but says his reputation suffered as a result of what happened during his time in SF.

« There’s a lot of media that portray me a certain way to where now even people think I’m this bad person. That I’m a character, I’m selfish, all these things. But, at the end of the day, I knew who I was and I just kept moving forward. »

We reached out to Steve Mariucci to see if he would address TO’s allegations but so far, no word back.

No comment from the 49ers — but a team source tells us the organization believes they’re on great terms with TO … pointing to the fact Owens has returned several times over the years to be honored by the team.