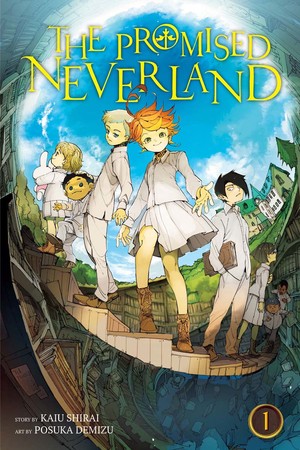 This year’s 28th issue of Shueisha’s Weekly Shonen Jump magazine published the final chapter on Monday of Kaiu Shirai and Posuka Demizu’s The Promised Neverland manga. The manga’s 20th and final volume will ship in October.

Weekly Shonen Jump teased in May that it is planning a « special project » for the ending. Entertainment news websites reported on Wednesday that Amazon is developing an English-language live-action series adaptation of the manga.

Weekly Shonen Jump also revealed that the manga will get an artbook and a fanbook, as well as an exhibition starting on December 11 in Tokyo.

The series has entered its final arc as of September 2018. Shirai had stated in an interview in August 2018 that Shirai would like the story to « not extend too much » in accordance with the story’s editor, adding that the length of the manga should be « ideally 20 to 30 volumes long. » The magazine teased last August that the manga had entered the « climax » of the final arc.

A live-action film adaptation of the manga will open on December 18.