The July issue of Shogakukan’s Coro Coro Comics magazine revealed on Monday that Takara Tomy’s Zoids Wild franchise is inspiring a new video game for the Nintendo Switch. The theme of the new game is « remodeling, » and will allow players to create their own customized Zoid. The game will launch this winter. 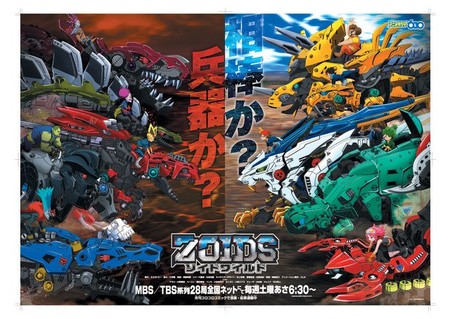 Takara Tomy announced the Zoids Wild project in 2018 as the latest installment in its Zoids franchise. The project includes anime, manga, model kits, and a previous Nintendo Switch game. The anime premiered in July 2018 and aired for 50 episodes. A sequel anime titled Zoids Wild Zero premiered in October 2019, but was delayed in May due to the new coronavirus disease (COVID-19). The anime will resume on June 19. The Zoids Wild King of Blast Switch game launched in February 2019.

The franchise has also inspired a line of video game series for consoles, handheld consoles, PC, arcades, and mobile phones.