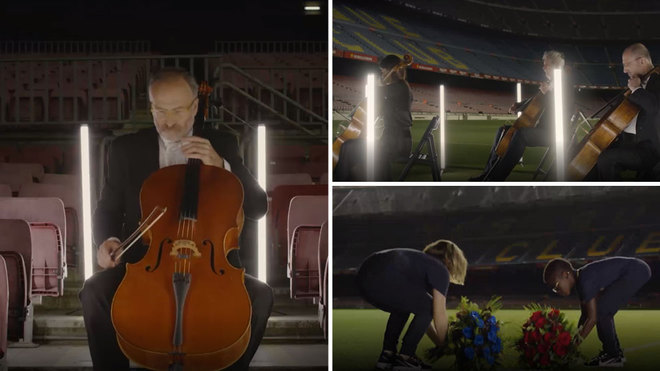 Barcelona will pay tribute to the victims of the coronavirus pandemic ahead of their first game back at the Camp Nou.

Quique Setien‘s side host Leganes on Tuesday, over three months after playing their last home game against Real Sociedad.

The Blaugrana players will wear black armbands as a show of respect during the match.

During the minute’s silence before kick-off, music from the Gran Teatro del Liceo will be played over the speakers and shown on the big screens.

The melody of El Cant dels Ocells, a symbol of peace and love, will be played as the players remember those who have lost their lives over the past few months.

Barcelona will also try to re-create some atmosphere at the Camp Nou, playing a version of their anthem sung by the fans.

There will also be a mosaic, as well as various banners and canvases displaying messages of support in the stands.