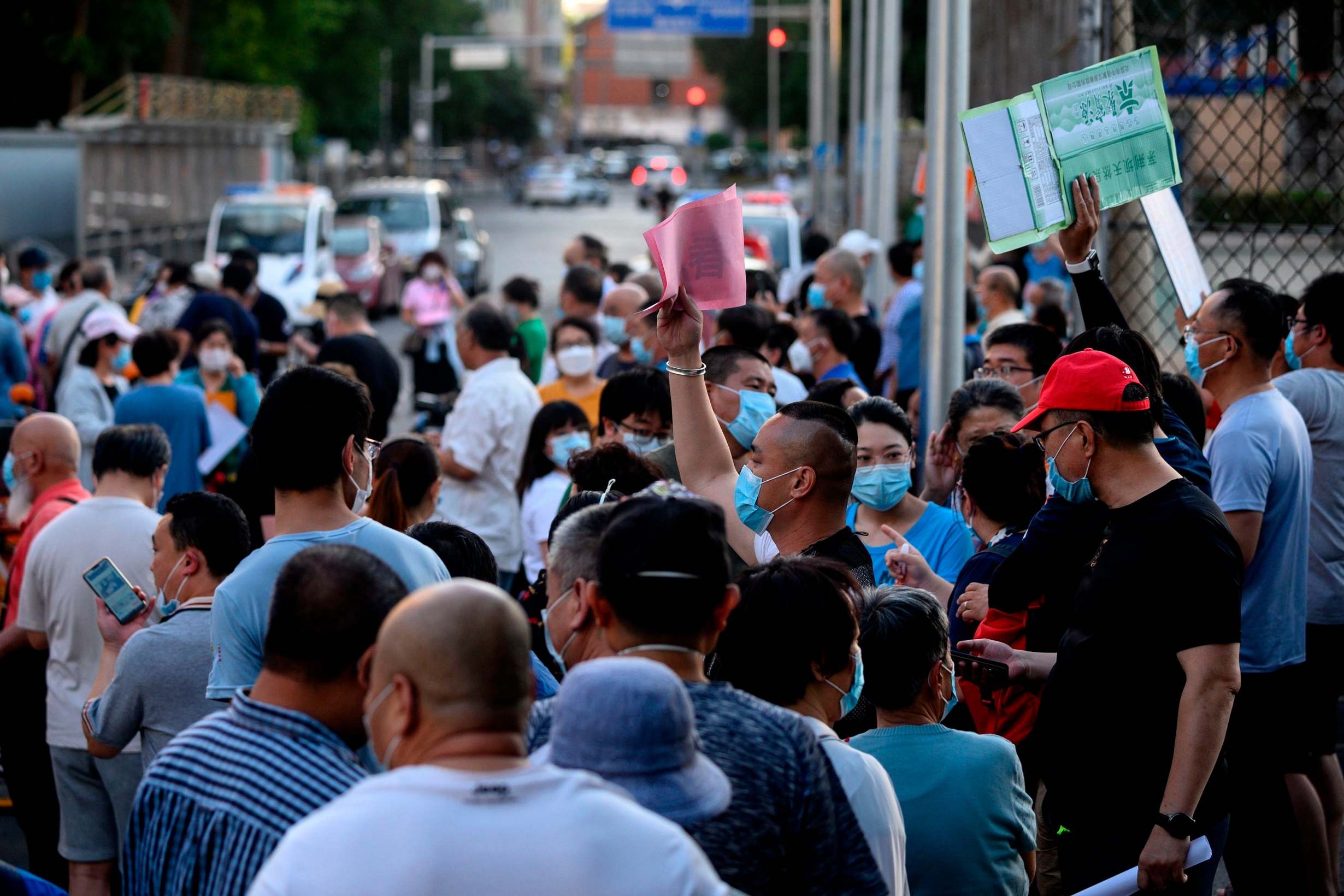 Beijing has reported 79 new coronavirus cases in recent days, prompting fears of a resurgence and the reintroduction of some lockdown measures.

Of the 49 new coronavirus cases reported in China on Monday, 36 were traced back to a wholesale market in the capital.

Xinfadi, the largest market in Asia, accounts for 80 per cent of Beijing’s farm produce supply, sourced both domestically and from overseas. It has now been closed.

It comes as tens of thousands of nearby residents are being tested for the virus, schools have started to suspend classes and temperature checks are being reintroduced.

The FTSE 100 is also set to tumble 80 points at the bell, with newly reported cases around the world prompting fear of a second wave.

Speaking at a press conference, Beijing City Government spokesman Xu Hejiang said: “The risk of the epidemic spreading is very high, so we should take resolute and decisive measures. »

Xinfadi, a complex of warehouses and trading halls spanning an area the size of nearly 160 soccer pitches, is more than 20 times larger than the seafood market in Wuhan where the coronavirus originated.

Thousands of tonnes of vegetables, fruits and meats are traded each day.

People who visited or live near Xinfadi Market queue for a swab test at Guang’an Sport Center in Beijing (. via .)

The new Beijing cluster prompted governments in some cities and provinces to warn their residents against non-essential travel to the capital, and to implement isolation protocols and testing for some incoming visitors.

The northeastern province of Liaoning and northern Hebei province have reported a combined handful of cases connected to the Beijing infections. Sichuan in the southwest reported one suspected case on Monday.

The World Health Organisation said on Sunday it was informed of the outbreak by Chinese officials who were investigating its source and extent. WHO reinforced the need for thorough investigations.

“Genetic sequencing from humans and environmental samples is ongoing, and WHO encourages the release of these sequences as soon as possible,” WHO said in its statement.

People in protective suits have been testing thousands of people who live near the market or visited it (. via .)

“WHO understands that genetic sequences will be released as soon as possible once further laboratory analyses are completed.”

An epidemiologist with the Beijing government said on Sunday that a DNA sequencing of the virus showed the Xinfadi outbreak could have come from Europe.

“Our preliminary assessment is the virus came from overseas. We still can’t determine how it got here. It might’ve been on contaminated seafood or meat, or spread from the faeces of people inside the market,” state media quoted Yang Peng as saying.

A number of neighbourhoods in the west and southwest of Beijing have been upgraded to medium-risk, including Financial Street where banks and financial firms converge, which calls for measures such as strict control of people and vehicle movements, disinfections and temperature checks.

One neighbourhood in the same district as the food market was raised to high-risk, denoting the most severe level of infection and warning people not to go there.

Samples of 8,950 people who were recently at Xinfadi had been collected as of early Monday, said Gao, adding that results from the 6,075 tested so far were negative.