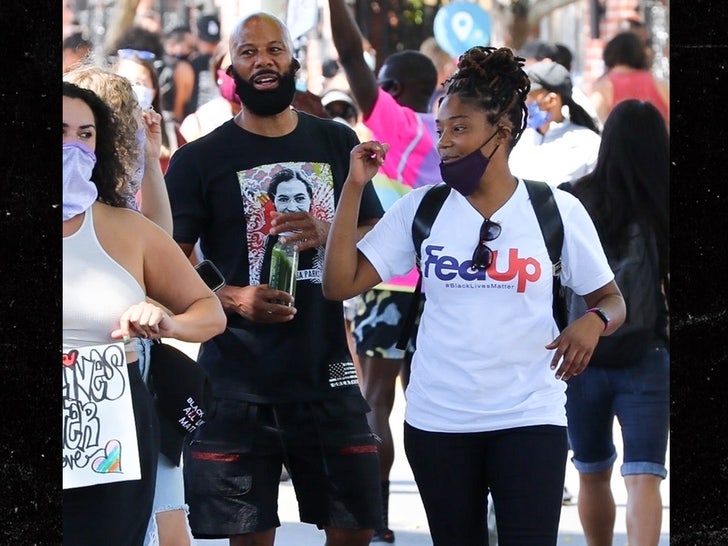 Tiffany Haddish and Common are way past virtual dating — they’re out and about together now … protesting in the real world.

The comedian and the rapper joined tens of thousands of people Sunday in L.A. for the All Black Lives Matter march, which started in front of Life’s TCL Chinese Theater and ended in WeHo. 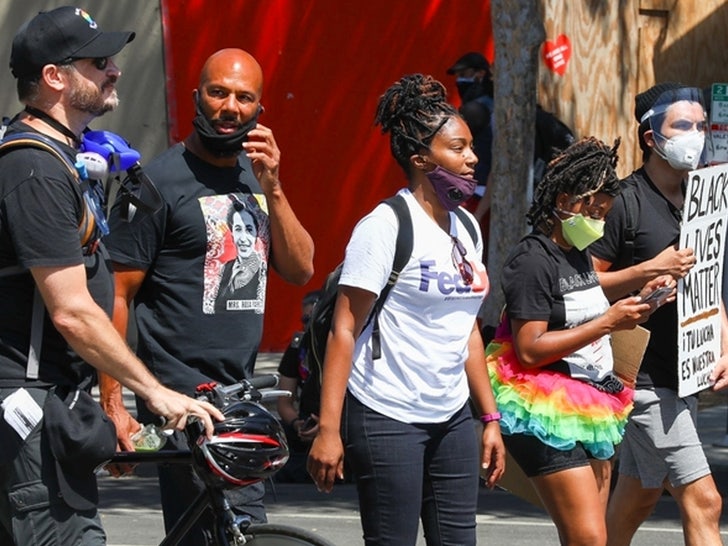 Tiffany was seen with a white « Fed Up » shirt, while Common wore a black t-shirt with Rosa Parks’ face. Both had face coverings too … keeping things COVID-safe.

The socially conscious date came 2 days after Tiff made an emotional speech at another rally … talking about the fear she’s felt when getting pulled over, and worrying that family members might not make it home if they have run-ins with police.

Common and Tiff have been rumored to be in a relationship since the early days of stay-at-home orders when they were using Bumble to go on virtual dates. Later, Haddish reportedly revealed they’d taken another step and were self-isolating together.

Whether they’re official or not … the 2 were officially on board with joining the BLM cause Sunday, which was in solidarity with the black LGBTQ+ community.