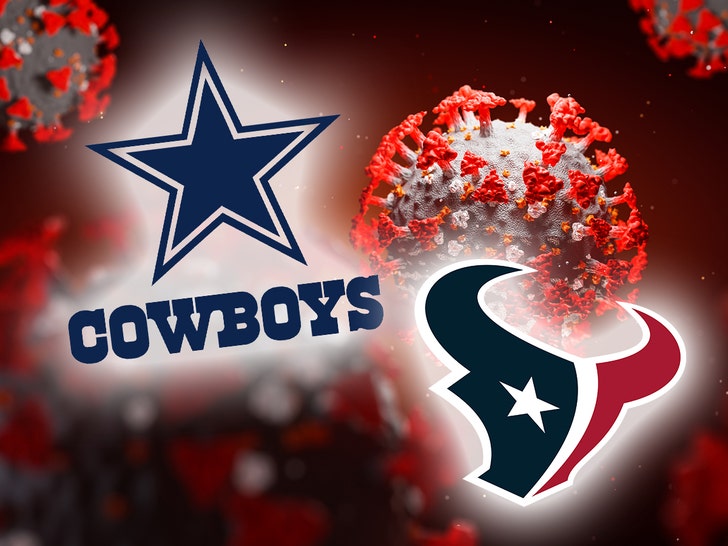 9:28 AM PT — Cowboys star running back Ezekiel Elliott is one of the players who tested positive, his rep confirms to TMZ Sports.

We’re told Zeke got the positive test results within the past week — and though there was one day he wasn’t feeling great, he’s doing very well now.

Huge news out of Texas … where « several » Dallas Cowboys and Houston Texans players have tested positive for COVID-19.

The news comes by way of NFL Network’s Ian Rapoport who’s as plugged in as you can get with the NFL.

« None of the players are believed to have been in their team facilities. The teams followed proper health protocols. »

So far, the identities of the players who tested positive have not been released.

This COULD have a big impact on the NFL timeline — training camps are scheduled to open in mid to late July.

Of course, the NBA suspended its season at the beginning of the coronavirus outbreak — and there are now plans to restart the league in a « bubble environment » in Orlando in July.

Everyone who enters the bubble — at Walt Disney World in Orlando — will undergo thorough testing before they’re granted access.

The UFC has also continued to operate during the pandemic with similar medical screening protocols in place.

Several high profile athletes have tested positive for COVID since the pandemic began … including Kevin Durant and Von Miller.

COVID cases in Texas have been on the rise lately. In fact, 2,287 people were hospitalized on Sunday … a record high. So far, Texas has recorded almost 90,000 cases — and almost 2,000 deaths.