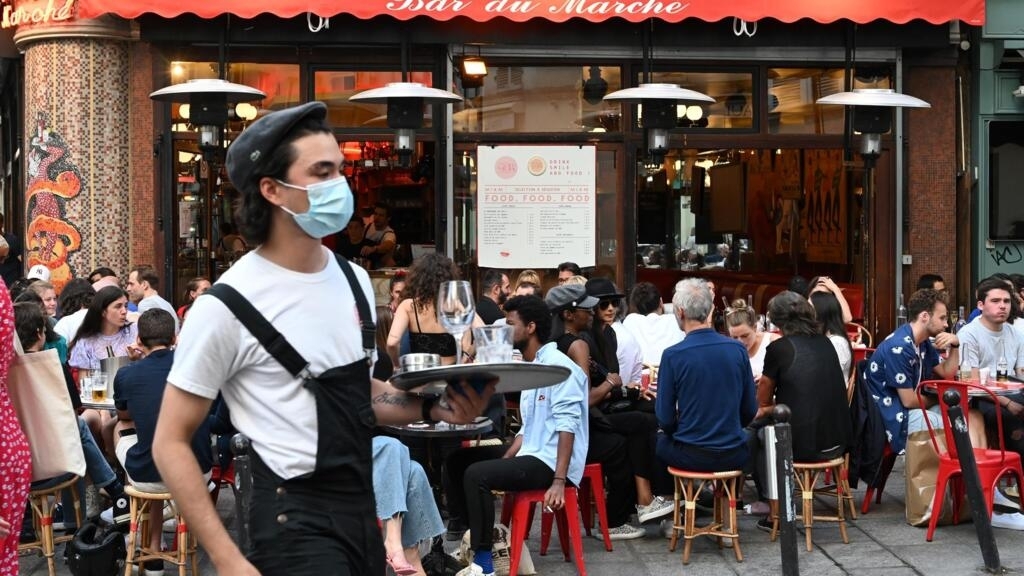 Restaurant and cafe owners in Paris cheered their chance to get back to business Monday after the government said they could once again open their dining rooms, three months after being shut to blunt the coronavirus outbreak.

The sooner-than-expected reopening for the Paris region was announced by President Emmanuel Macron late Sunday, shortly before officials reported just nine COVID-19 deaths in the previous 24 hours — the lowest figure since March.

« The bulk of the epidemic is behind us, » Health Minister Olivier Veran said Monday, though he cautioned that « this doesn’t mean we can stop fighting the virus. »

Until now, restaurants in and around the capital could only serve clients on outdoor terraces, even as eateries in the rest of the country opened fully earlier this month.

« It’s going to be a party, » Stephane Manigold, owner of four Paris restaurants, including the two-starred Maison Rostang, told ..

« We were waiting for the president’s speech. Our teams are ready, and they’re eager to get back to work, » he said.

Manigold made headlines last month after successfully suing his insurer, the French giant Axa, to pay around 70,000 euros ($79,000) in compensation for the lost business.

Insurers have argued that most contracts do not cover nationwide administrative shutdowns, but restaurants say their livelihoods are on the line, and have called on the government to intervene.

Even in the rest of France, where restaurants were allowed to fully reopen on May 11, owners have had to remove tables to ensure at least one metre (3.3 feet) between diners.

Didier Chenet, head of the GNI association of independent hotel and restaurant owners, estimates the social distancing rules have cut capacity by at least half.

« Being able to finally get back to work across all of France does bring a sigh of relief, » he said.

But unless the government lifts the one-metre rule, he said, « a recovery will be very slow, with economic conditions that are not viable for our businesses, » he said.

Foreign tourists, the key ingredient for success at Paris restaurants in particular, are also not expected to arrive in pre-COVID numbers anytime soon, even as the EU begins to tentatively open up borders within the bloc.

With French employers still being urged to have employees work from home whenever possible, lunch crowds also remain far from what they were before the outbreak, Chenet said.

And Manigold said that restaurants will need some time to restock and get their employees back — the French state has been paying the bulk of their salaries since the lockdown to avoid layoffs, a colossal financial effort.

« At best we’ll open two restaurants on Wednesday, and the others next week, » he said.

« One day maybe politicians will understand that you can’t just open a restaurant in a day. They could have avoided the abruptness, » he said.

Macron said Sunday that the government had mobilised 500 billion euros to ease the coronavirus blow to the economy, including more than six billion euros in state-backed loans to restaurants, hotels and cafes.

He also announced that all students below high school grades must return to class next Monday, a relief for parents who have been juggling work and school from home.