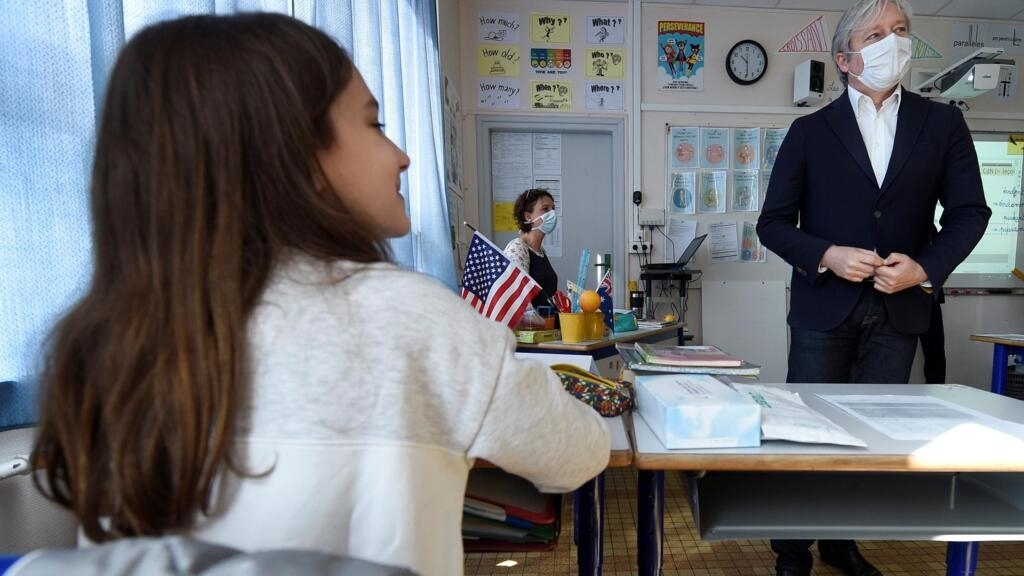 French preschools, primary schools and middle schools will reopen next Monday with “mandatory presence” for all of the country’s pupils, President Emmanuel Macron announced in a shock move on Sunday, meaning the nation’s teachers have just one week to prepare for their « back to school” classes.

In a televised address to the nation on Sunday evening, Macron announced that this year’s summer school holidays will be postponed until July 4 and that the country’s children will be expected to return to their nurseries, primary schools and middle schools for two weeks already on June 22. Presence would be “mandatory”, he said.

“Two weeks count, two weeks are not nothing, whether it’s out of an educational aspect or a psychological aspect,” Education Minister Jean-Michel Blanquer said following Macron’s address. “School should never be considered as a day-care centre of sorts.”

The news sent shock waves through the teaching community, whose members now have only one week to prepare curriculums and organise their classroom groups. Since May 11, when France entered the first phase of its eased lockdown measures, French schoolchildren have been able to return to school on a voluntary basis. According to the government, only 1.8 million of the country’s 6.7 million pre- and primary schoolers have since gone back to class, and just 600,000 of the country’s 3.3 million middle schoolers.

“There are a lot of questions that still remain unanswered: Do we keep with the previous health guidelines or not, do people who are at risk have to come back or not? Once again, the abrupt nature of announcements [like this] hardly allow for our teaching teams to prepare for the resumption of classes in the best conditions,” the Sud-Education teachers’ union said in a statement.

The teacher advocacy group Des Stylos Rouges (The Red Pens), also reacted about the lack of details on how teachers were expected to handle the imminent resumption of classes. “Everyone back to school on June 22! For 10 days of classes? What about the health guidlines? And people who are at risk? We have no information. Not a word about #Profbashing (teacher bashing) or #MerciLesProfs (thank you teachers),” it said on Twitter.

Although the Snes-FSU teachers’ union struck a lighter tone, saying it welcomed the resumption of classes in order to bring potential dropouts back on track, it said that it would be challenging for the country’s teachers and schools to fully organise in just one week.

“It’s good news, because we couldn’t understand how school had become optional for some,” its national secretary and spokeswoman Frédérique Rolet told radio station Franceinfo. “We have to … catch the dropouts,” she said. “These few days might allow for some teachers to establish what students have, or haven’t done, [in terms of schoolwork] during the lockdown.”

But, she added: “We have to reorganise. We had already drawn up new timetables, and student classroom groups. And so we have to work together and redo them,” she said. “There are a lot, a lot of questions.”

Since May 11, French classrooms have been restricted to allow a maximum of 15 pupils at a time, but that is set to change as the government unveils the details of its new health guidelines for schools on Tuesday.

“The physical distancing will now be less restrictive,” Blanquer told national broadcaster Europe 1, saying that the required social distancing would be reduced from the previous four square metres to just one square meter, meaning that each classroom will now be able to take in more pupils.

A government decree published on Monday said that: “In elementary schools and middle schools, the measure of at least one metre of social distancing will only be applied in classrooms and in enclosed spaces, between teachers and students, and between students.”