Accueil Sports MMA On to the Next One: Matches to make after UFC on ESPN...

In the fast-paced world of MMA, there are dozens of questions surrounding any given event. But when the dust settles, there’s usually only one that sticks: what’s next?

Following the conclusion of every card, MMA Fighting’s Mike Heck looks back at the results, reads the tea leaves, stirs the cauldron, and makes suggestions for what should—or could—be next for the event’s notable names.

UFC on ESPN 10 may not have been as appetizing on paper as the previous two, but the third event at the APEX came through with some big finishes, fun matchups, and a few breakout performances. Among those was Cynthia Calvillo, who made her presence felt at 125 pounds with a dominant decision win over Jessica Eye, the division’s top-ranked contender.

So what’s next for Calvillo and Eye following their five-round main event, along with Marvin Vettori and the rest of Saturday’s winners?

Cynthia Calvillo looked pretty darn good on Saturday night in her first professional main event. Personally, I scored it a clean sweep for Calvillo over Jessica Eye and was very impressed at the composure she showed throughout the fight, especially with her knowledge of Eye’s struggles on the scales being a bigger deal than was lead on. Nonetheless, a big win for the newest member of AKA, and she’s in a great position with a lot of options.

Could she wait and fight the winner of Valentina Shevchenko vs. Joanne Calderwood for the title? Perhaps. What about Katlyn Chookagian and her callout following the win? There’s merit to that idea, as well. For me, the idea is to try and keep Calvillo active, but still in the title picture. This coming Saturday, Roxanne Modafferi and Lauren Murphy will square off in a pivotal matchup for the division.

Let’s turn the winner of that fight around to take on Calvillo in what’s more than likely a title eliminator.

Yes, ladies and gentlemen, it’s time for Jessica Eye to return to the women’s bantamweight division. After back-to-back weight misses—and looking really rough on Friday—Eye’s 125-pound days may be over after the loss to Calvillo.

Heading into the fight as a one-time title challenger and (currently) the No. 1 ranked flyweight, Eye will likely get a stiff test in her return to 135 pounds. Ketlen Vieira, who’s coming off the first loss of her career at the hands of Irene Aldana, is still one to watch in that division. It’s a good test for Vieira to see if she can bounce back, and an important fight for Eye after a high-profile loss. 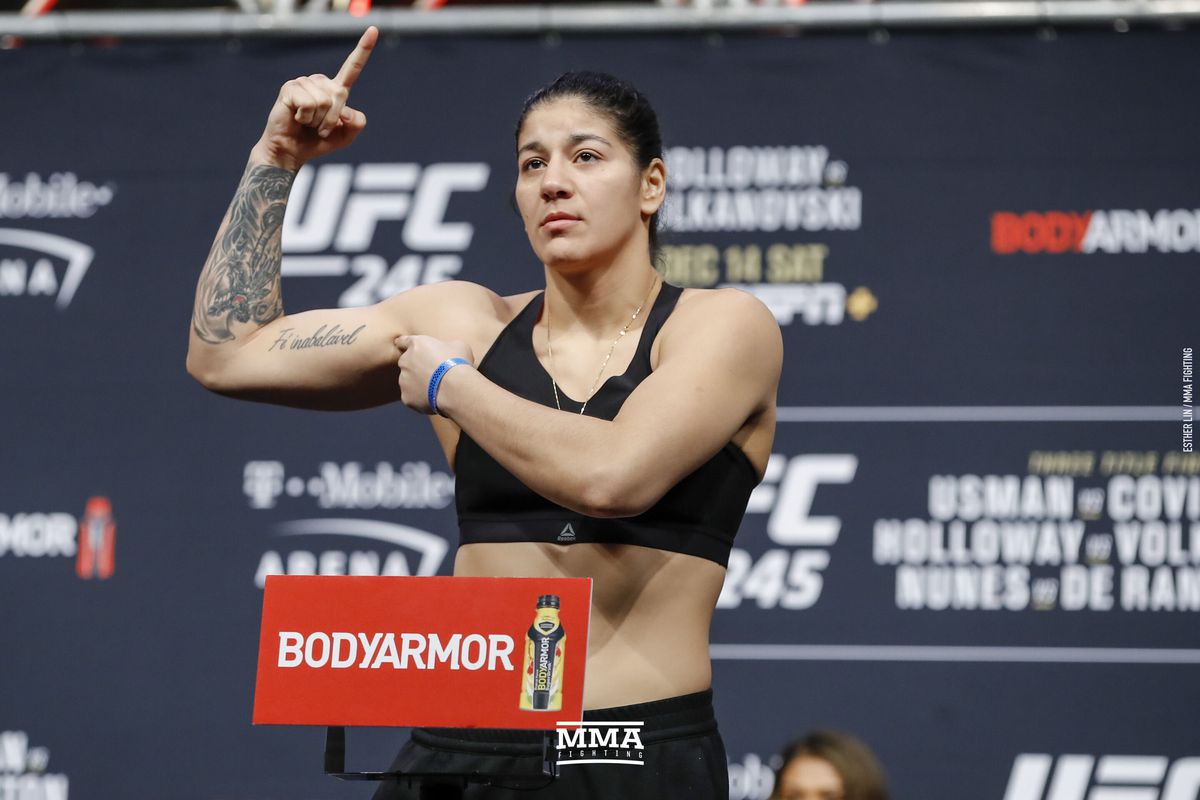 Nothing makes me happier as a self-proclaimed matchmaker than fighters making my life as easy as possible. Marvin Vettori did that following his first-round submission win over rival Karl Roberson in the UFC on ESPN 10 co-main event. Speaking with the media after the victory, Vettori said he wants to fight Ian Heinisch, who has a quick turnaround on June 27 against Brendan Allen following a first-round TKO over Gerald Meerschaert at UFC 250.

Vettori wants a top-15 guy. Heinisch is there now, and Allen will be if he’s victorious in less than two weeks. Done and done.

Folks, we just had this same conversation over a month ago following UFC 249. The one thing that’s changed is that Andre Fili added an impressive win over a dangerous guy in Charles Jourdain on Saturday.

I don’t feel I need to regurgitate my reasoning as to why Fili should fight Bryce Mitchell next. It’s just the right thing to do. Both guys are on the cusp of a top-15 spot, are exciting fighters, and, most importantly, people would love to watch it. This is the fight and has been for several weeks. 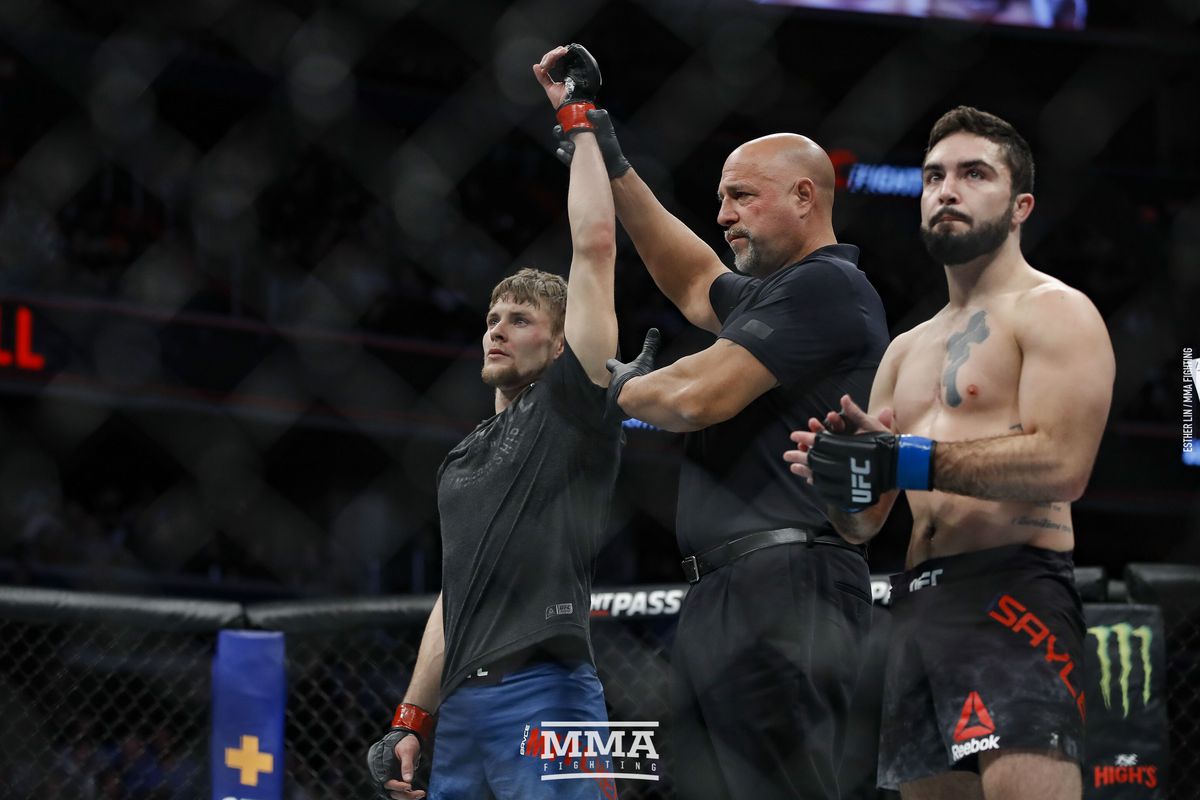 Mariya Agapova entered the UFC APEX with the blueprint on how to make an impact in your UFC debut. Along with a contagious energy and a lot of personality, Agapova delivered in the cage with a first-round submission of the game Hannah Cifers. We have a new prospect to watch at 125 pounds.

One thing we to keep in perspective is that while we were excited to see a new fighter burst on the scene and Agapova looked great, she did it against a fighter who jumped up a weight class on short notice after fighting two weeks earlier. I’m not taking anything away from Agapova in any way. I just hope the UFC builds her slowly as she continues to evolve. There’s no doubt a lot of potential to tap into, but there’s no need to rush it.

Agapova called out Shana Dobson after the win. What a realistic and intelligent request from the 23-year-old.

Like I stated on Saturday night, I can’t imagine anyone in the top-15 seeing Merab Dvalishvili’s name on a contract and being excited about it. The guy is his nickname and then some – “The Machine” – as he proved with a dominant decision win over Gustavo Lopez, who took the fight on two days notice. Not only did Dvalishvili pick up his fourth straight win, he broke his own record for most takedowns in a bantamweight fight with 13.

As he’s done for months, Dvalishvili called for a fight with Sean O’Malley. While I’d love to see it someday, there’s a zero percent chance that happens right now. At this point, however, it’s time to throw Dvalishvili into some deeper waters to see if he can swim. ALl you have to do is find the right opponent, which can be a challenge in it of itself.

Looking at the top-ranked opponents, one name makes perfect sense based on where both guys are currently at in their careers: Raphael Assuncao. Now, if Dvalishvili wants to turn right around, a top-15 draw is doubtful. But if he’s willing to wait a little longer for Assuncao to return following his second-round KO loss to Cody Garbrandt at UFC 250, this is a great test for the 37-year-old Brazilian, who hopes to snap a three-fight skid. 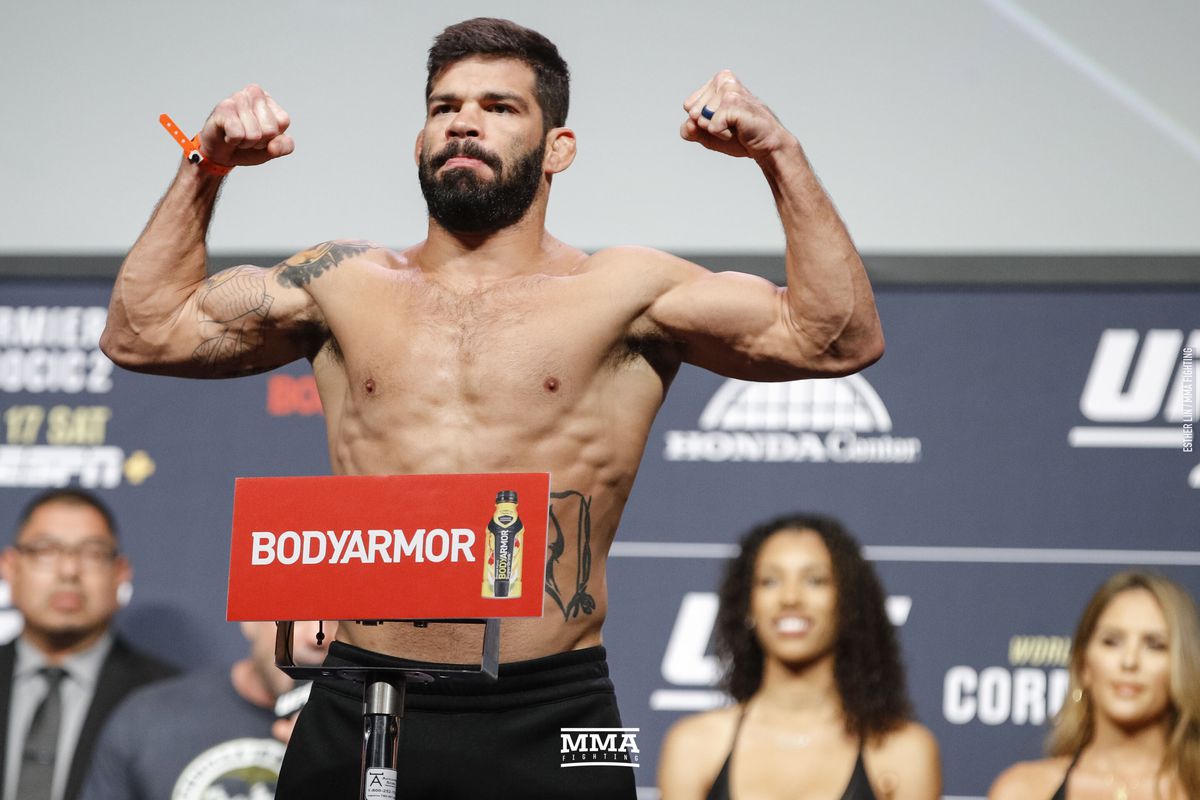 She didn’t get a bonus on Saturday—and she absolutely should have after picking up the fourth fastest finish in UFC women’s bantamweight history—so Julia Avila makes her On to the Next One debut. “The Raging Panda” was exactly that in her 22-second finish of Gina Mazany and has superstar potential written all over her.

There’s two things that will maximize that potential: 1) Keep her as active as possible; and 2) slowly increase the level of competition as she continues to evolve. So what’s next? A fighter on the low end of the top-15. I’m not saying Avila can’t be competitive with anyone inside the top-10, but it’s about development and promotion. With that, Macy Chiasson, who also holds a vicious finish win over Mazany, is sitting at No. 12.

This seems like perfect matchmaking to me: A good next step up against a game opponent, an opportunity for Chiasson to play spoiler. Plus, you can tap into the Texas vs. Oklahoma rivalry. Storylines.

Agree? Disagree? Leave your reactions and matchup suggestions in the comments below or reach out on Twitter at @MikeHeck_JR.