UFC lightweight Paul Felder recently mentioned the possibility of retirement, and once you get a good look at the injuries he’s suffered over the course of his 22-fight career, you can understand why.

Felder, 35, shared a series of pictures on Instagram on Sunday showing off the various bumps, bruises, breaks, and scrapes that he’s accumulated since starting his career in 2011. The third image in the gallery below features what appears to be some sort of organ that was removed from Felder’s body.

When people asked about the mystery organ in the comments, Felder answered that it was a “chunk of his lung” that had to be removed. 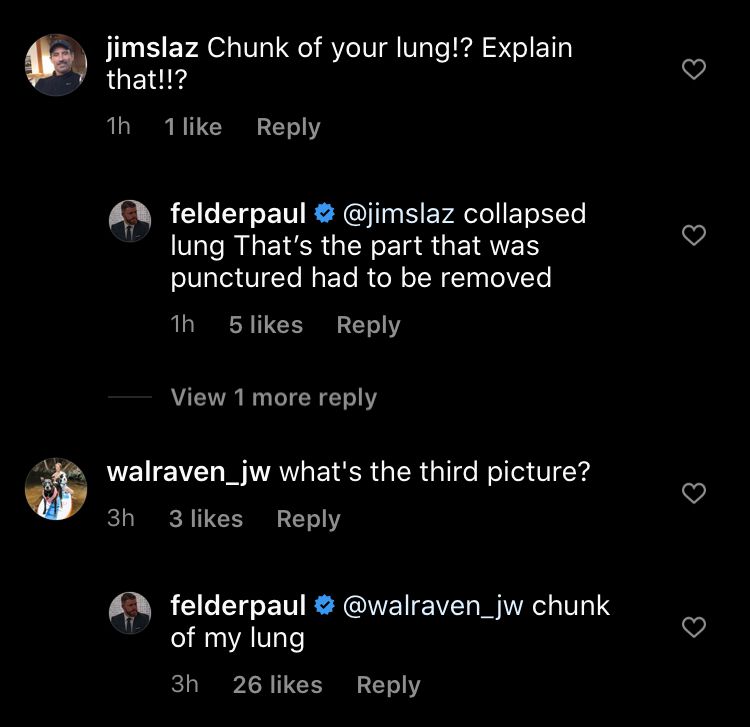 Felder’s previous two fights have both been hotly contested three-round decisions, with the part-time UFC commentator earning a split decision win over Edson Barboza last September and then dropping a split call to Dan Hooker in February.

I get asked a lot when I’m returning or if I’m officially retired. I miss the octagon and competing but these pictures are how I come home to a five-year-old princess. It’s a hard job. This is why I love commentating. I get to talk about the toughest athletes on the planet.