Ed Aarons After months of not needing to look at the Premier League and Championship tables and finding other ways to occupy our evenings and weekends, suddenly the excitement that only the end of a season can provide is back. Liverpool may have almost wrapped up the title but there are still lots of prizes to play for. Can Sheffield United finish off their miraculous campaign by qualifying for Europe next season? Will the relegation dogfight come down to the final day fixture between West Ham and Aston Villa? And can Leeds finally end their top-fight exile after 16 years away? Whatever happens, thank goodness (some) football is back.

Nick Ames There is a sense of excitement but some trepidation, too. How will everyone involved master an occasion that has been pared back to its rawest elements? As a journalist that becomes an interesting test: what is it about a football match that informs your responses the most? That question applies especially to the players, of course. We may well see more open, watchable games than normal but the absence of external stimuli probably plays into the hands of the better, more technically gifted teams. 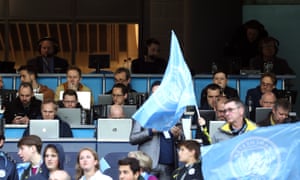 Tumaini Carayol Manchester United have Paul Pogba and Marcus Rashford back. Son Heung-min and Harry Kane are healthy again for Tottenham. Mikel Arteta has had time and space to embed more of his tactical DNA into his Arsenal squad. Inactivity means that there will likely be more injuries than usual in the coming weeks, but on paper there is no hiding place and fewer excuses for anyone and that will make the run-in fascinating.

A world in which goalposts are disinfected and journalists wear masks seems joyless, sterile, depressing and inhuman

Paul Doyle Seeing whether Leicester, Sheffield United and Wolves secure the right, along with the already-qualified Liverpool, to compete in next season’s Champions League. It’s a long shot for all of that trio to make it, admittedly, but the dream is still alive and, were it to be fulfilled or even if only two of them made it, it would be refreshing reward for really smart teams who have defied the odds for most of the season so far.

Ben Fisher The sweet sound of the ball smacking the net. At a time when clubs are flogging cardboard cutouts of fans and debating piping in crowd noise to ramp up an artificial atmosphere, the pureness of the ball walloping the net, stanchion, or indeed thumping the woodwork will be more profound behind closed doors. Take Erling Haaland’s purring strike against Paris Saint-Germain in February, while Watford’s Étienne Capoue gave us a wonderful taster to whet the appetite in a friendly against Brentford on Saturday. 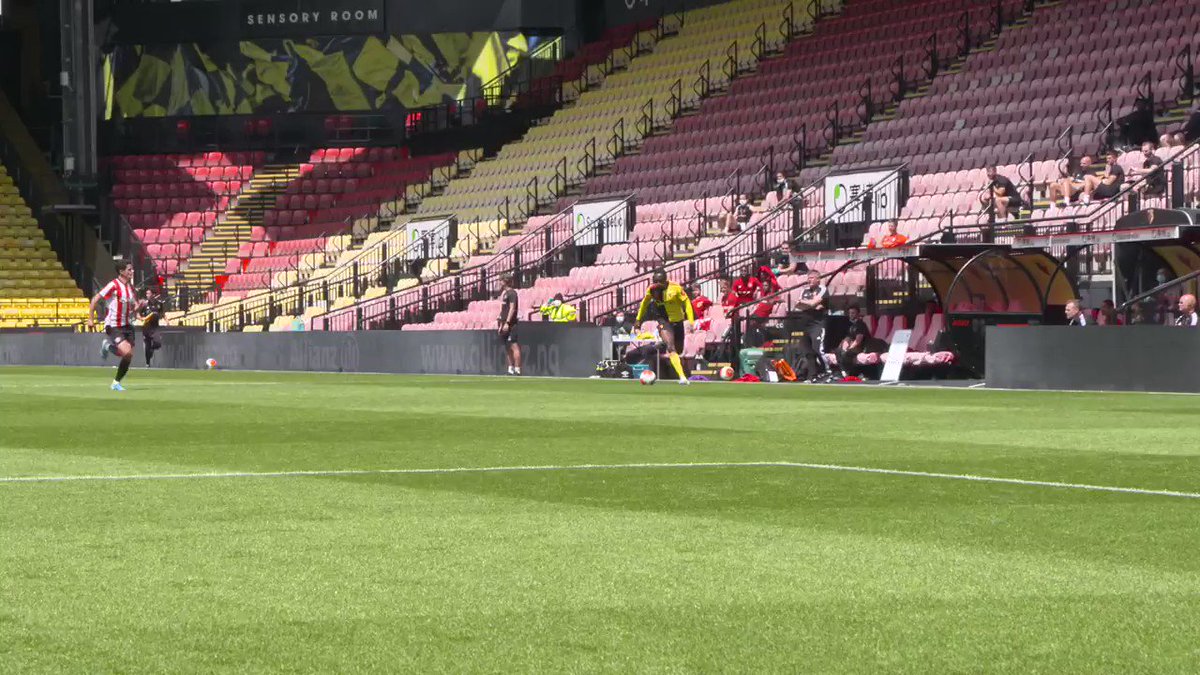 🚀 You don’t save those 🚀 pic.twitter.com/AGHOe4ZkZ2

David Hytner It is the hope that kills you with Paul Pogba and his Manchester United career. The midfielder has it all but has delivered only in fits and starts. Now, finally free of injury, the stage is set for him to drive the club to a Champions League finish and, possibly, a cup, as well. With Bruno Fernandes alongside him, it promises to be box office. Is it time for Pogba?

Sachin Nakrani It’s great that viewers have the option of watching games with artificial crowd noise but I for one will definitely be taking some in amid the silence of an empty stadium as I’m really immature and want to hear footballers swear. In all seriousness, it will be interesting to hear what this country’s elite players say on the pitch and if it really is that much different to what us amateurs come out with on a Sunday morning or during five-a-side.

Barney Ronay The best bits of being there won’t be there, most notably those moments during a regular season where the sky closes in and sport suddenly feels like the most important thing in the universe. This will be more brusque. Perhaps there will be more freedom for players to express themselves. Some managers may have used the hiatus to work out how to play the runaway league leaders. Can Jamie Vardy become the oldest golden boot winner since 1948? Perhaps this brief, strange period of football under duress might also add some warmth to the occasionally spiky relationship between footballers and their viewing public.

Jacob Steinberg The best player at the last domestic game I attended before lockdown was a slender teenager who sparkled on his Premier League debut. Billy Gilmour had already impressed when Chelsea beat Liverpool in the FA Cup earlier in the week and he was at it again when Frank Lampard’s side thumped Everton 4-0 at Stamford Bridge on 8March. It will be fascinating to see how the 19-year-old fares during the run-in. 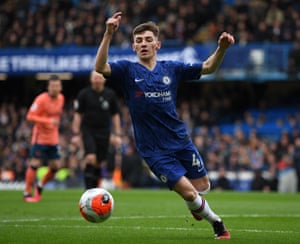 Billy Gilmour announced himself as a future Chelsea star before coronavirus shut down the Premier League. Photograph: Shaun Botterill/.

Louise Taylor I’m torn. Part of me can’t wait for football’s return and all its myriad subplots – human as well as tactical – but another is saddened by its new antiseptic persona. The game is about community and connectivity, humour and hubris, so without supporters it loses meaning. A world in which goalposts are frequently disinfected and journalists must wear masks seems thoroughly joyless, sterile, depressing, lonely and, well, inhuman.

Paul Wilson I can’t wait for physical distancing in press boxes. Anyone who imagines sports reporters have a glamorous life should try spending three hours wedged into around two feet of personal space at Everton or Huddersfield. I actually think I might have inflamed an old DVT injury through being unable to move my legs for hours at Huddersfield once. The cramping is so bad that it is easiest for everyone just to remain in position through the interval, and for the benefit of newcomers an announcement is made around half an hour before kick-off that it might be advisable to claim your place to avoid inconveniencing everyone else later.

Jack Charlton: The England and Leeds legend known to most as simply « Big Jack »

The greatest male tennis player of the last 50 years: the fans’ verdict | Sport