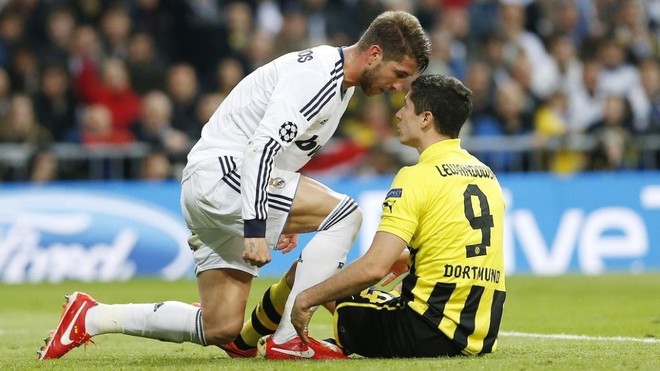 The Polish forward has often been linked with a move to the Estadio Santiago Bernabeu because of his goalscoring exploits in the Bundesliga.

First interest from Los Blancos came in 2013 when Lewandowski scored four goals against them in the first leg of a Champions League semi-final.

However, the Dortmund striker agreed to move to Bayern Munich instead at the end of the following campaign.

« It wouldn’t have been a good move to go there as a back-up to [Karim] Benzema.

« The contract with Bayern was agreed, but after the game against Real Madrid, where he scored four goals, I wanted to go one better.

« Two weeks before his move [to Bayern] was confirmed, I said that I’d changed my mind and that he would go to Real Madrid.

« Bayern got angry and I faced some unpleasant words, but [Uli] Hoeness resisted the pressure, convinced the board and added 25 million [euros] to the contract. »