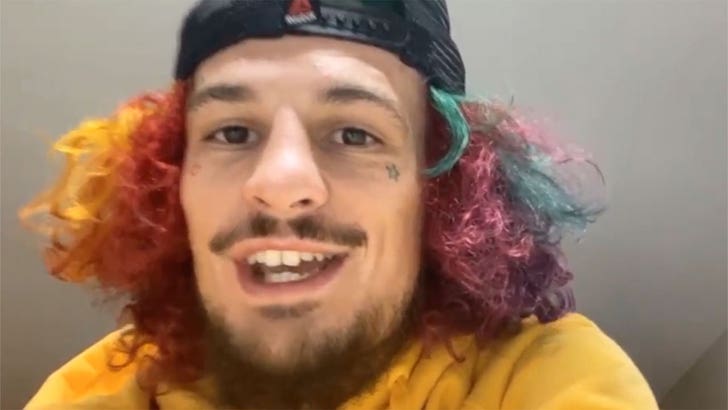 They’ve got style. They’ve got charisma. They’ve got insane knockout power … and that’s why Sean O’Malley says he ain’t mad at the recent comparisons to Conor McGregor.

« Anytime you’re getting compared to someone great like that, you’re doing something right, » the undefeated 25-year-old tells TMZ Sports.

Of course, O’Malley’s stock has been on the rise after flattening his last two opponents in sensational fashion. Most recently, a phenomenal 1-hitter quitter KO over Eddie Wineland at UFC 250.

« I take that as a compliment, getting compared to Conor. As far as the skill set wise, I think I have more skills when it comes to the striking. »

« He’s mainly a southpaw with a bomb left hand and he throws left heaves and some decent spinning stuff. I feel like I have more tools in the toolbox than anybody in the MMA as far as coming up with striking. »

O’Malley jokes that he only hopes the comparisons stop when it comes to some of the outside the Octagon activity Conor’s been involved with … like the arrests.

« I don’t wanna be compared to him as I’m on TMZ going to jail! I’m gonna try to avoid those situations as much as I can. »