Accueil International US to slash the number of American troops in Germany, Trump says 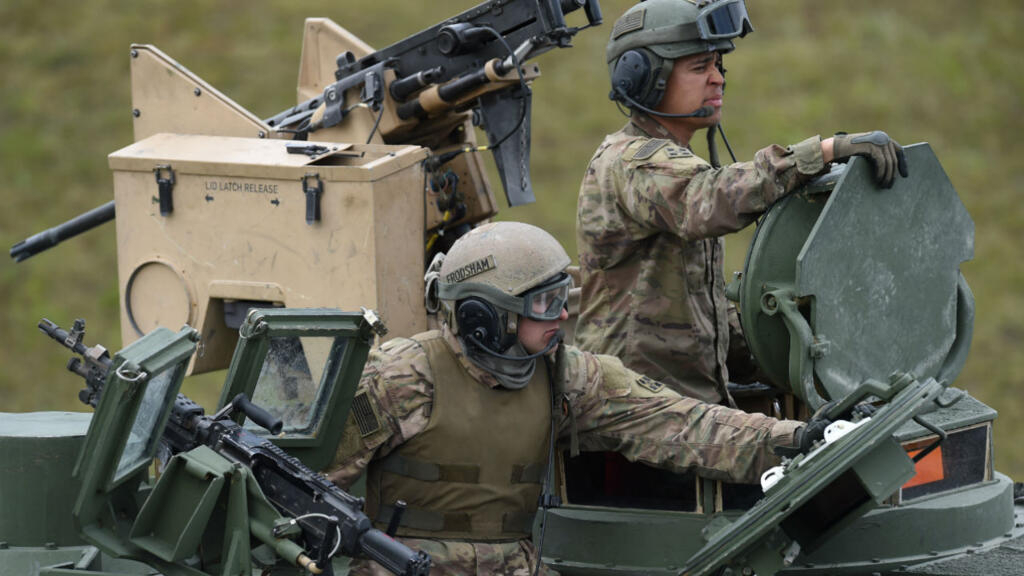 President Donald Trump said Monday that the US will slash the number of troops stationed in Germany by roughly 9,500 to 25,000, significantly reducing US commitments to European defence under NATO in what one former US military commander said would be a « gift » to Russia’s Vladimir Putin.

Trump said in comments to reporters that Germany does not spend enough on defence as required by the NATO alliance. He said that until Germany spends more, the United States will remove its troops.

His comments reflected the first official confirmation of the cut, which was first reported by the Wall Street Journal on June 5 and later confirmed to . by a senior US official who spoke on condition of anonymity.

That official said it was the result of months of work by the US military leadership and had nothing to do with tensions between Trump and German Chancellor Angela Merkel, who thwarted his plan to host an in-person Group of Seven (G7) summit this month.

But other sources familiar with the matter said a number of US officials at the White House, State Department and Pentagon were surprised by the decision, and they offered explanations ranging from Trump’s pique over the G7 to the influence of Richard Grenell, the former US ambassador to Germany and a Trump loyalist.

>> ‘It’s complicated’: Relations in the spotlight as US mulls pulling thousands of troops from Germany

Trump’s lukewarm support of longstanding cooperation agreements with European allies has long caused alarm on the continent. The US leader been particularly scathing towards Germany in recent years, repeatedly accusing Berlin of not spending enough on defence.

Germany hosts more US troops than any other country in Europe, a legacy of the Allied occupation after World War II.

Johann Wadephul, a senior member in Chancellor Angela Merkel’s conservative CDU party, said last week that the troop reduction plan showed that the Trump administration was « neglecting an elementary leadership task: involving alliance partners in the decision-making process ». It also served as another « wake-up call » for Europeans to take more responsibility for their own defence, he said.

Only China and Russia stood to gain from « discord » between NATO allies, Wadephul added.

As the first reports of a planned US drawdown surfaced last week, former US Army Europe commander Ben Hodges, who was stationed in the German city of Wiesbaden before he retired, said that a US withdrawal would be « a colossal mistake » and « a gift » for Russian President Vladimir Putin.

« US troops are not in Europe to protect Germans …  » he tweeted. « They are forward-based, as part of NATO, to protect all Members, including USA. »

Completely agree…US troops are not in Europe to protect Germans…they are forward-based, as part of NATO, to protect all Members, including USA. Europe enables USA to project power to Middle East, Africa. BTW, 35K US Army in Europe…1/3 of a major American football stadium. https://t.co/M3lM98P9Bp

Although the American military presence has declined since the end of the Cold War nearly three decades ago, Germany remains a crucial hub for US armed forces.

As well as serving as a deterrence to Russia, US troops use their German bases to coordinate military operations in Europe, Africa and the Middle East.

The headquarters for US forces in Europe and Africa are both based in Stuttgart while the US air base in Ramstein plays a major role in transporting soldiers and equipment to Iraq and Afghanistan. The US military hospital in Landstuhl, near Ramstein, is the largest of its kind outside the United States.