Real Madrid Prepared to stay at Leverkusen for another season 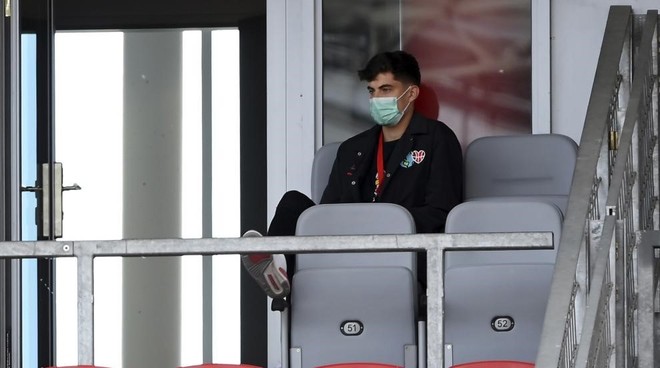 Kai Havertz is having to come to terms with a potential move to Real Madrid being put on hold.

The coronavirus crisis means that the German starlet will have to wait for his big transfer to the Estadio Santiago Bernabeu.

The player himself is prepared to wait for Real Madrid to get themselves in a position to launch a bid to sign him.

Havertz has been one of the standout performers in the Bundesliga since football returned in Germany.

The Bayer Leverkusen captain has shone on a similar scale to the likes of Jadon Sancho, Erling Haaland and Achraf Hakimi.

As for their transfer situations, Sancho seems destined for a return to England, Haaland is set to stay at Borussia Dortmund for the time being, and Achraf has Bayern Munich waiting in the wings if he decides to leave Real Madrid this summer.

Over the past few weeks, Los Blancos‘ directors have kept a close eye on Havertz, who has given them very promising signs.

The German international wants a move to Real Madrid and the Spanish giants know that he’s happy to wait for that move for at least another season.

Real Madrid and Leverkusen have been in talks recently around a possible loan switch for Reinier Jesus.

Leverkusen are historically one of the best clubs to be at if you’re a Brazilian player looking to make strides in your career.

This deal could open the door to other agreements between the two clubs, including Real Madrid‘s interest in Havertz.

Los Blancos still face competition from Bayern for the 21-year-old’s signature and, for a period of time, it was thought that he was destined to move to the Allianz Arena, but Havertz would now rather wait to see what happens with Real Madrid.

For the time being, Real Madrid are maintaining their stance of not buying any players until they have sold their own players this summer.

On the other hand, the club’s board recognise Havertz‘s desire to move to the Estadio Santiago Bernabeu and an agreement could be met sooner or later.

Random: This Paper Mario: The Origami King Pamphlet Is A Advertising...