The past year has been devastating. The world continues to reel from the tragic effects of the novel coronavirus. The film industry was decimated by the pandemic. Theaters are still closed across vast metropolitan regions of the country. As of December 29th, the total domestic box office for the top 272 releases total a paltry $1.37 billion dollars. That is a staggering $10 billion dollars less than the $11.4 billion earned in 2019. Dark times indeed, but even in the midst of this once-in-a-lifetime human tragedy, art and the pursuit of storytelling continued to thrive.

2020, against seemingly insurmountable odds, was a fantastic year for film. Brilliant filmmakers brought captivating cinema to audiences using modern technology. The pandemic changed the way we watch movies for the foreseeable future. Streaming and on demand services picked up where theater companies could not go. Disney started the trend by delaying tentpole films, like Black Widow, but releasing other big budget fare, Mulan and Soul, to the Disney+ streaming platform. Warner Media would follow suit by premiering Wonder Woman 1984 in theaters and their HBO Max service on the same day. A calculated response after the global theatrical release of Tenet in September failed to jumpstart the box office. They further shook the industry by announcing all of their 2021 films would follow the Wonder Woman 1984 strategy. It remains to be seen how these moves will play out, but I remain optimistic.

The focus on delivering content directly to the consumer has allowed independent films to achieve a stronger foothold. Let me be clear, I cannot wait to sit in an IMAX or Dolby Atmos theater again. Nothing compares to the awe of being in a dark theater, guzzling unhealthy snacks, and having a movie mesmerize you. That said, I am grateful we’re able to see new films, albeit on a TV, computer, phone, or tablet.

The best film of 2020 is writer/director Chloé Zhao’s exceptional Nomadland. A grieving widower (Frances McDormand) struggles economically, as she traverses America’s beautiful landscapes while living in a van. Nomadland is also my choice for best director, screenplay, and cinematography. Chadwick Boseman will be remembered as a Life icon. His last two performances, Da 5 Bloods and Ma Rainey’s Black Bottom, are also on this list. Boseman has posthumously earned the Oscar for Best Actor.

Please see below the top 10 movies of 2020, and the best individual accolades:

The Small Axe anthology is a collection of five films from writer/director Steve McQueen (12 Years a Slave, Widows). Commissioned by BBC One and Amazon Prime Video, they collectively tell the tale of life for Caribbean immigrants in Britain during the tumultuous late 1960s to early 80s. The term Small Axe is taken from the song by reggae legend Bob Marley. The Small Axe films are Mangrove, Lovers Rock, Red, White and Blue, Alex Wheatle, and Education. They explore a wide swath of historical, political, and racial conflicts through this specific era.

My favorite of the series is the second episode, Lovers Rock. A reference to a particular style of romantic reggae music, a young woman (Amarah-Jae St. Aubyn) sneaks out of her family home to attend a raging house party. She encounters Franklyn (Micheal Ward) and sparks a connection over the course of a rhythm-filled, fateful night. Lovers Rock, by itself, is one of the best films of the year. Steve McQueen skillfully depicts the vibrant cultural landscape of his youth. The Small Axe films are another astonishing achievement from a celebrated auteur.

Black soldiers have fought and died for America from the republic’s inception. They sacrificed for a country that treated them like second class citizens for the majority of its history. Da 5 Bloods addresses that racial disparity through masterful storytelling techniques. It weaves a thread from the turbulent Vietnam War to the troubles of modern times. The film intercuts a spellbinding narrative with newsreels, educational asides, and harrowing archival footage. Da 5 Bloods also shifts aspect ratios and film stock to reflect different perspectives. Director Spike Lee has delivered the most impactful, thought-provoking, and cinematic film of his career.

Chadwick Boseman’s final performance is a blistering, tour de force coda to his luminous career. He and co-star Viola Davis lead a superb ensemble in Netflix’s adaptation of playwright’s August Wilson’s, Ma Rainey’s Black Bottom. The film takes place in 1927 over the course of a combative day at a steamy Chicago music studio. It is a fierce examination of racial injustice, social inequality, artistic freedom, and cultural exploitation. The songs of Ma Rainey, the legendary « Mother of the Blues », accompanies the pugnacious narrative like a stalking tiger.

Writer/director Kelly Reichardt (Wendy and Lucy, Meek’s Cutoff) is renowned for her personal, minimalist style of filmmaking. Her latest, First Cow, is a captivating western about two unlikely companions. In 1820’s Oregon, an unassuming cook (John Magaro) helps an enterprising Chinese immigrant (King-Lu) out of a desperate situation. The pair become best friends who concoct a scheme using the stolen milk from a prized cow. First Cow is a fascinating character study and exploration of friendship above all. Kelly Reichardt continues to be remarkable. I sincerely hope Life recognizes her for this amazing small film.

Set in early 1980s rural Arkansas, a family of South Korean immigrants struggle to achieve the American dream. Jacob (Steven Yeun) and Monica (Han Ye-ri) Yi work tirelessly sorting chicks in a poultry factory while raising their two small children (Alan Kim & Noel Kate Cho). Jacob’s hope to survive as a farmer clashes with Monica’s difficult assimilation to their new life. The arrival of her spirited mother (Youn Yuh-jung) changes the family dynamic in unexpected ways. Minari is a tender and realistic depiction of a determined family’s resolve. Minari won the Dramatic Grand Jury Prize and the Dramatic Audience Award at the Sundance Film Festival. It will be a strong contender in all categories this award season.

The Kid Detective is a noir crime drama with an intriguing protagonist and absolutely mind-blowing climax. What begins as a story about a washed-up investigator (Adam Brody) in a small town takes a dark turn with several stunning reveals. The plot builds tension with a slow boil. There are points in the film where you wonder what the heck is actually going on. But the downbeats are deliberately placed. Setting up vital clues for a shock ending that will leave audiences breathless. Avoid spoilers at all costs. The final scenes hit like a freight train.

Sacha Baron Cohen returns to provocateur greatness in a hilarious, but deeply troubling satire. He reprises his role as kooky Kazakhstani reporter, Borat Sagdiyev; in the aptly titled mockumentary, Borat Subsequent Moviefilm: Delivery of Prodigious Bribe to American Regime for Make Benefit Once Glorious Nation of Kazakhstan. This time he travels to America to curry favor with « strongman » leader, President Donald Trump. There are scenes in this film that are utterly insane. Cohen pushes the envelope to expose ugly undercurrents of misogyny, racism, and ludicrous conspiracy theories. He delivers big laughs and a damning indictment of the country’s sad state of affairs.

Maria Bakalova steals the show as Tutar, Borat’s fifteen-year-old daughter. It seems inconceivable for anyone to outdo Cohen’s theatrics, but she expertly outshines him. A subplot has Borat getting to know his « worthless » daughter. She dreams of living in a better cage, but is stunned by the abilities of American women. Gasp, they can drive cars, own businesses, and are even allowed to ask questions. Cohen uses Bakalova as his shiny lure to snare the big fish. Borat Subsequent Moviefilm has several bombshell reveals that are cringe worthy. Maria Bakalova deserves to win the Oscar for Best Supporting Actress. Her performance is daring and fearless.

Pixar’s Soul is an uplifting and creative film that will make your heart soar. The story of a jazz musician’s journey into the afterlife is sublimely inspirational. It touches so many aspects of the human experience without being melodramatic or depressing. Soul reminds us that the joy of life is inexorably intertwined with its failures. The ups and downs, the yin and yang of existence, is to be treasured. Soul delivers a truly fantastic, positive message in a year filled with darkness and tragedy.

Soul has an infectious jazz soundtrack that will inspire a new generation of fans. Trent Reznor and Atticus Ross, already Oscar and Grammy winners for musical score, need to clear more space on the shelf. Soul’s music is integral to the film’s success. From toe-tapping grooves to sweetly ethereal melodies, it is the vehicle that takes the characters on their whirlwind adventure. A pivotal scene has the best musical accompaniment of the year. Reznor and Ross are known for their edgy industrial and experimental works. They become unexpected jazz masters here.

Nomadland is a stark and hauntingly poetic portrayal of poverty in America. It is the most pertinent film of our desperate economic times. Based on the book by journalist Jessica Bruder, Nomadland follows a lonely widower after the 2011 collapse of the United States Gypsum Company in Empire, Nevada. The town was abandoned and lost its postal code. The people left behind adapted to survive. Some chose to live in vans or recreational vehicles to save money. Driving around the country to find work wherever they could. Their hardscrabble existence formed a community of road travelers. Seeking solace in each other when their country failed them.

Fern, played superbly by two-time Oscar winner Frances McDormand, arrives for her shift. She is part of Amazon’s CamperForce program, where seasonal workers travel to various warehouses throughout the year. Fern lives in an old utility van. She’s new to the road lifestyle. Fern receives guidance and needed friendship from Linda (Linda May), a kind road veteran. She teaches Fern simple tricks to make her living space more comfortable.

Writer/director Chloé Zhao (Songs My Brothers Taught Me, The Rider) is transcendent in her third feature film. She presents Fern’s circumstances as a matter of fact. There’s nothing sensational about her working in factories, on potato farms, or cleaning toilets. Fern is in her sixties, has no children, or any other recourse to get money. She must take any job she can get. That said, her life on the road is soulful and rewarding. Fern’s lack of creature comfort does not define her. Chloé Zhao films stunningly beautiful scenes of Fern alone in the wild. She lost everything, but her spirit is rejuvenated by her connection to nature. 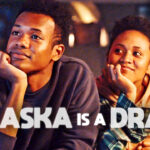 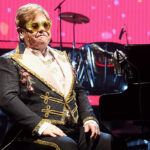