This week began with the detention of Myanmar’s de facto leader Aung San Suu Kyi after a military coup, prompting residents to take to the streets with pots and pans in a public show of anger. France also announced its lowest number of femicides in 15 years but NGOs say it is too early to celebrate. And Flaming Lips fans were finally able to enjoy a live concert in person thanks to coronavirus-safe bubbles.

Ninety women were killed by their partners or ex-partners in France in 2020 – a significant drop from the 146 victims of femicide the previous year, according to a French government statement on Tuesday. But French NGOs say it is too early to celebrate a reversal of the trend. 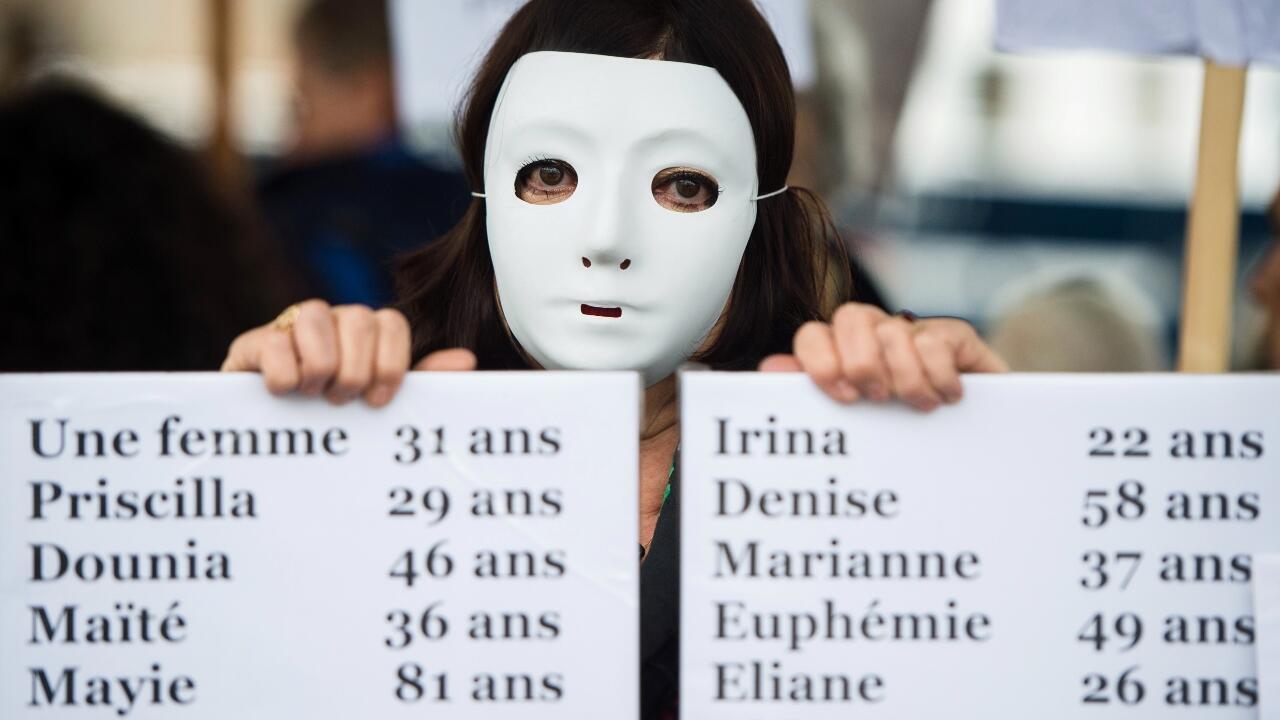 A woman holds a placard enumerating the names of feminicide victims in France in 2019, during a protest condeming violence against women in Marseille, France, on November 23, 2019. © Clement Mahoudeau, . (file photo)

Junta holds all the cards in Myanmar’s future, but can it end Suu Kyi’s political career?

Myanmar’s generals have long set the terms for the country’s democratic process and by spreading its economic cards among rivals, the military might just have the upper hand. But can they bring an end to the political career of their biggest democratic threat, Aung San Suu Kyi? And is the new US administration prepared to handle its latest foreign policy test?

Following a wave of recent incest and child sex abuse scandals in France, President Emmanuel Macron has proposed a raft of measures to tackle the issue. But while welcoming the new initiatives, child rights experts say they’re not enough to tackle the scope of the problem and warn the lack of resources could pose major implementation challenges.

Under pressure over surging support for Scottish independence and with a second referendum looking likely, Prime Minister Boris Johnson has been touring Scotland praising the UK’s rapid vaccine rollout in the hopes of turning the tide in favour of the pro-Union movement. But most Scots, including first minister Nicola Sturgeon, lambasted him for making the trip at all in a sign he may have already lost the union vote.

With organisers vowing that the Tokyo 2020 Olympics will go ahead this summer despite the ongoing global pandemic that delayed the event by a year, some nations – like Hungary, Serbia and Israel – are moving ahead with inoculating their would-be Olympians to ensure they are free to train, qualify, travel and compete. But some – including elite athletes – question whether fast-tracking young, healthy sportspeople for vaccinations should be a priority and whether it fits with Olympic values. 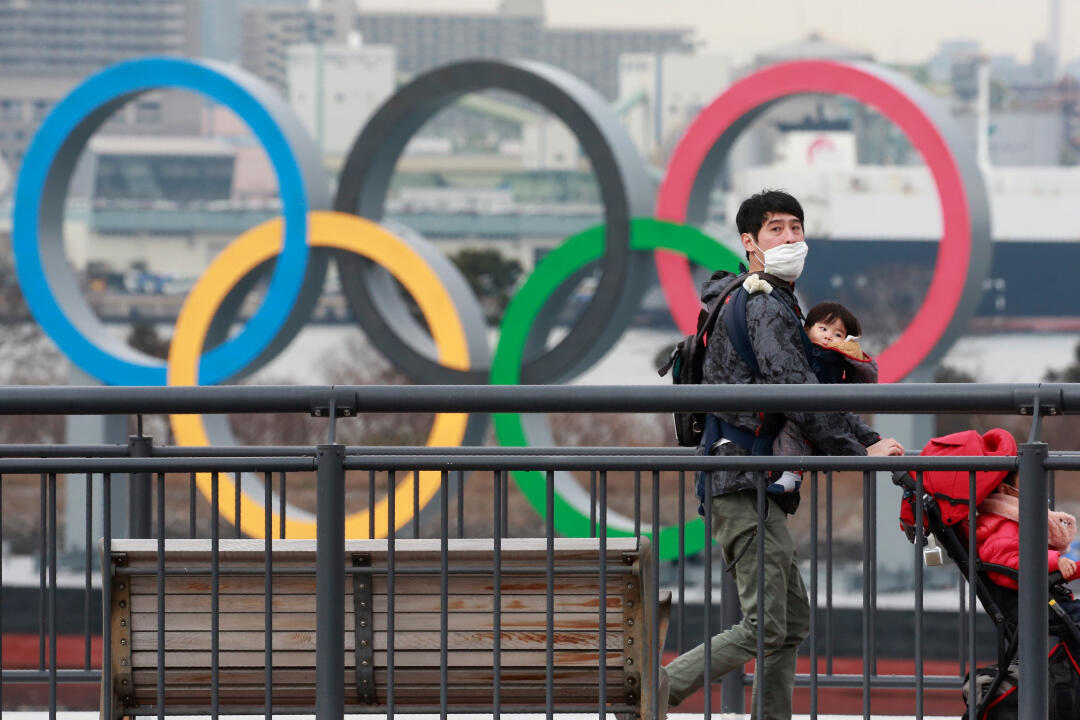 A person wears a face mask against Covid-19 on the Odaiba waterfront in Tokyo with Olympic rings in the background, on January 26, 2021. © Koji Sasahara, AP Photo

Resistance in the kitchen: French restaurateurs strap on aprons in defiance of Covid-19 closures

Ever since France’s stringent Covid-19 restrictions were put in place last March, leading to the temporary – and in some cases permanent – closure of the country’s restaurants, a resistance movement has quietly been brewing in French kitchens. On Wednesday, one restaurateur made the fight public by opening his doors for lunch, in open defiance of the ban. Others say they plan to strap their aprons back on, too. 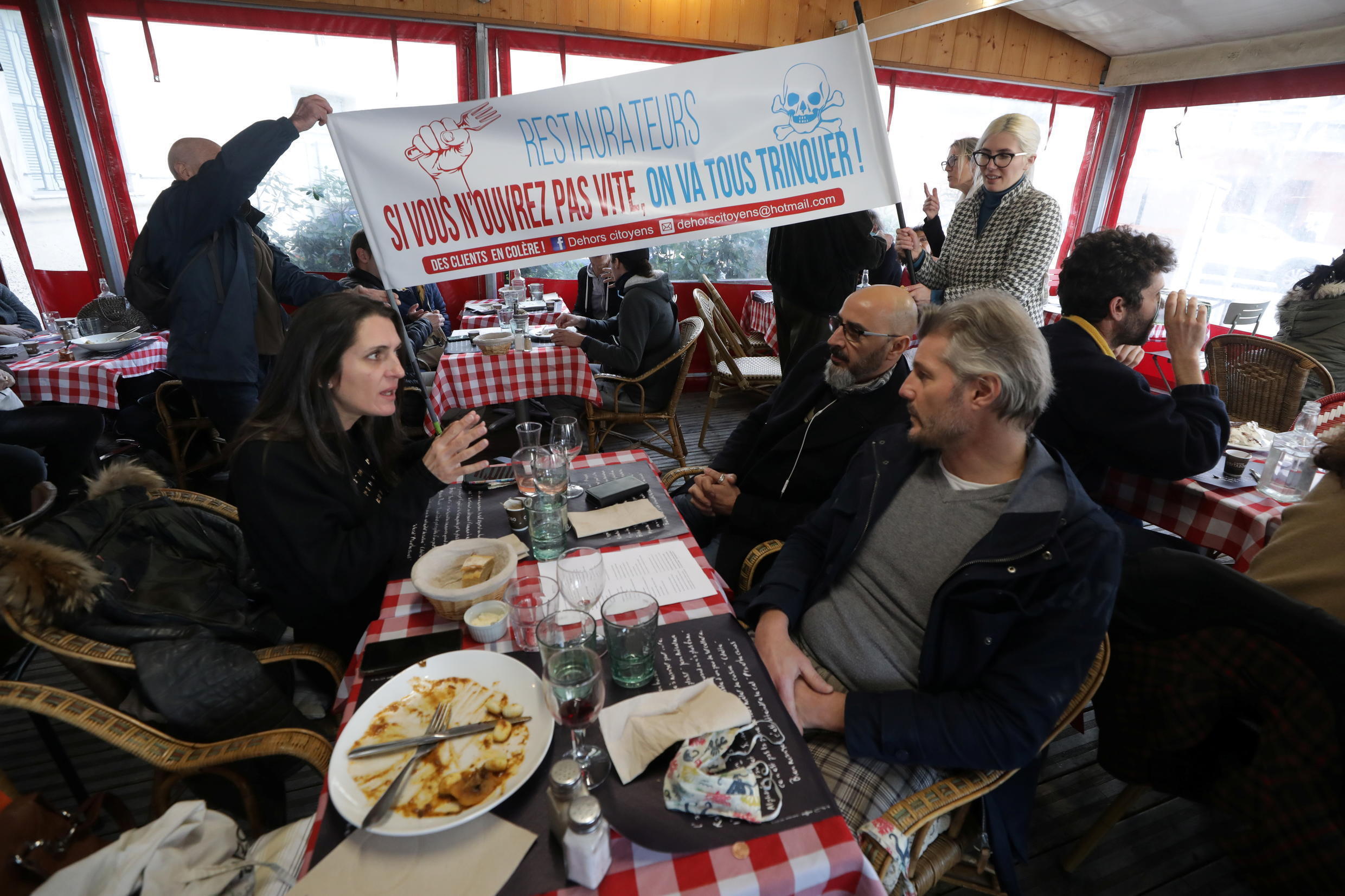 Nice restaurant « Poppies » on January 27, 2020, opened up its doors for an illicit lunch in an act of civil disobedience to protest the government-ordered Covid-19 closure of bars and restaurants in France . – ERIC GAILLARD

The clatter of pots and pans and the honking of car horns rang out across Myanmar’s Yangon on Tuesday evening, in protest against the military coup that swept the country Monday, in perhaps the first sign of public resistance to the takeover.

‘We’re on the edge of financial collapse’, says head of UN agency for Palestinian refugees

In an interview with ., Philippe Lazzarini, the commissioner-general of the UN agency in charge of Palestinian refugees, warned that his agency was on the edge of financial collapse. He said he was only able to pay the salaries of his employees in late 2020 thanks to last-minute contributions and borrowing. He held out hope that the Biden administration would resume its funding for UNRWA, which was ended under Donald Trump in 2018.

Dubbed the « Indiana Jones of the art world », Arthur Brand is perhaps the world’s greatest art detective. He has spent his life tracking down some of the most important stolen masterpieces, from Dalis to Picassos. Brand became famous in 2015 when he recovered two giant bronze statues that were among Adolf Hitler’s favourites. He recounts his fascinating 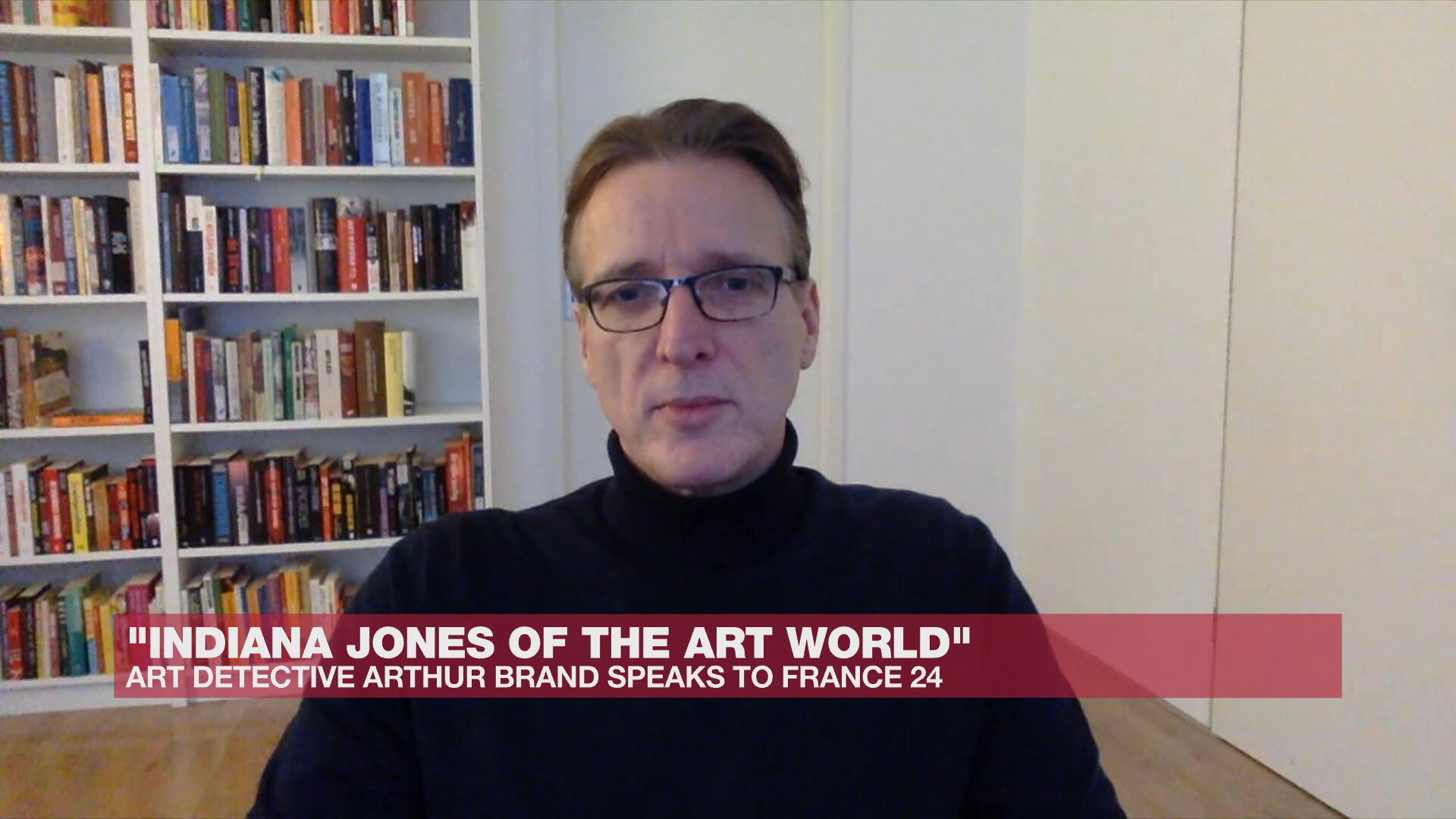 Bopping in a bubble: The Flaming Lips hold live gigs in plastic balls

From space bubble concerts to testing the whole audience, we look at the inventive ways live music is being brought back in the time of Covid-19. We also take you to the magnificent Opéra Garnier in Paris for a glimpse of a performance that’s never been shown to the public. 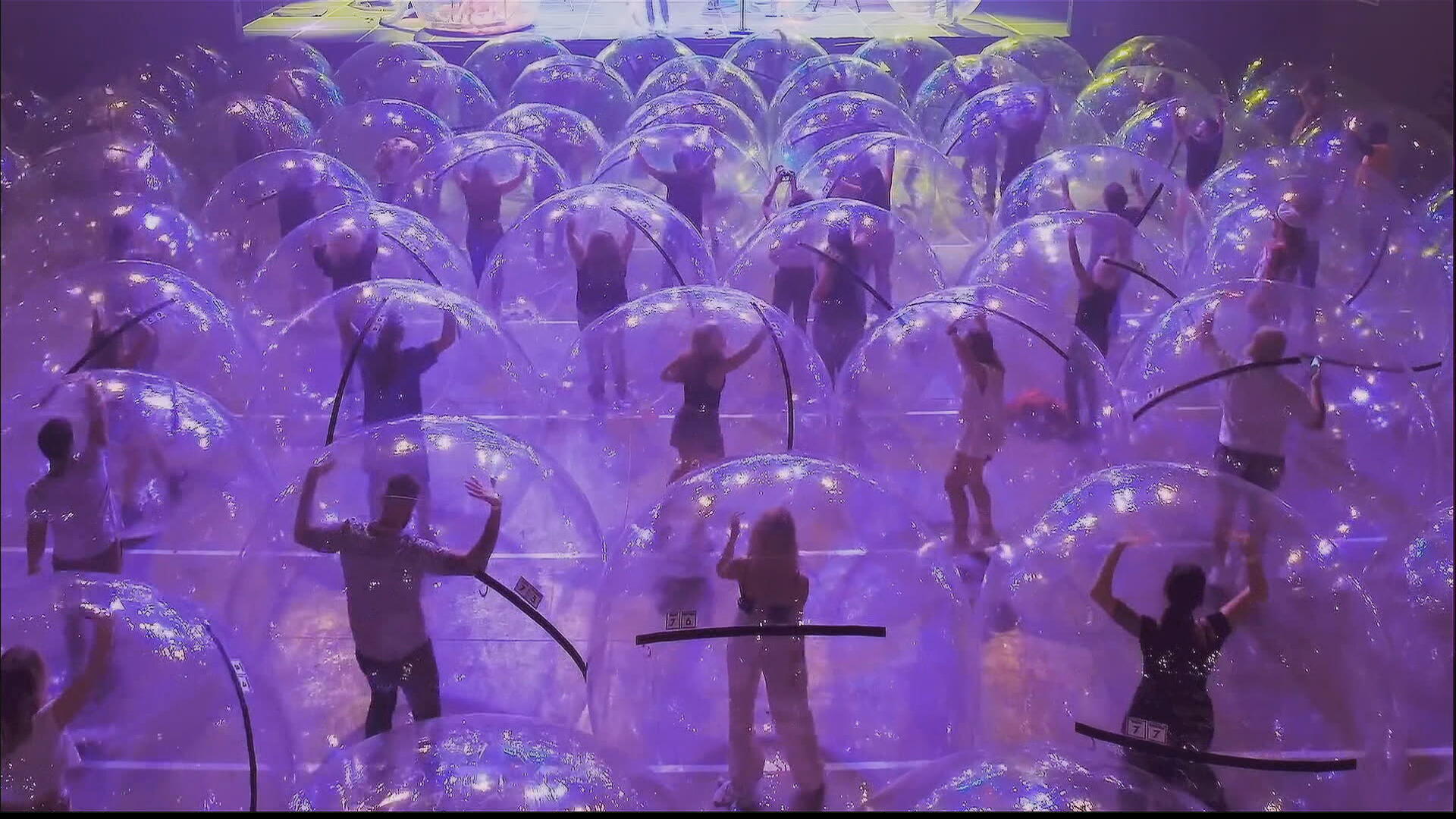 This season’s Haute couture shows would ordinarily be taking place in Paris; this year they’re everywhere and nowhere. As the sector goes virtual due to Covid-19, fashion journalist Alice Pfeiffer joins us to talk about some of the strategies the Parisian couture houses are adopting. From Christian Dior’s lavish short film directed by Matteo Garrone to Chanel’s « phygital » catwalk, labels are showcasing their collections via streaming links and viral videos and hoping their clients will get onboard.

Film show: How the remake of a French film, ‘CODA’, stole Sundance and broke sales records

Film critic Lisa Nesselson speaks to Eve Jackson about the week’s film news, including « CODA », a touching coming-of-age dramedy about a young girl in conflict with her deaf parents and brother as she attempts to pursue singing. They also discuss « The Dig », based on the true story of an archaeological site in Suffolk in England, starring Carey Mulligan and Ralph Fiennes. Plus, our French pick of the week on MyFrenchFilmFestival.com is « Camille », about the life of Camille Lepage, a young idealistic photojournalist who went to the Central African Republic to cover the civil war there.

French Guiana, a lush green land in need of protection

In France’s overseas department of French Guiana, the Amazon rainforest covers 90 percent of land. It’s teeming with wildlife, but this unique biodiversity is in danger. Researchers and locals are doing their best to protect it, like in Favard, where the village healer passes on his knowledge to the younger generations and educates tourists on the need to protect the forest. Meanwhile, entomologists list different species of insects, a titanic job as this knowledge is still in its infancy. Finally, researchers are trying to understand what’s driving the decline in sea turtles.

If you can’t come to Haute couture, it will come to you! It’s been this way for almost a year, although we are all hoping the new normal won’t continue for too much longer. In the meantime, we check out the offering for summer 2021 couture, revealed as short films published on social media. At Dior, Maria Grazia Chiuri has teamed up with Italian director Matteo Garrone to tell an enchanting sartorial tale through Tarot cards. The film is both a form of advertising and a cinematic accomplishment.

French employees donate their annual leave to help the homeless

The Covid-19 pandemic is increasing inequality across the world and France is no exception. « The Company of Possibilities », an organisation launched by a businessman in the French city of Lyon, is generating funds to help the most vulnerable by appealing to local businesses and their employees. The latter are given the opportunity to give up a day or more of paid annual leave. Their employer donates that day’s pay to « The Company of Possibilities », which uses the money to fund projects that help the homeless. .’s Claire Paccalin and Joanna Sitruk report from Lyon.

On Sunday, two weeks after Kremlin critic Alexei Navalny’s return to Russia and arrest at Moscow airport, tens of thousands of people took to the streets across the country to demand his release. The police made more than 5,300 arrests; an unprecedented figure. Thousands of Russians are no longer afraid and are risking their freedom to protest against the regime of Vladimir Putin. Our correspondents followed Navalny’s supporters during Sunday’s protests in Moscow. 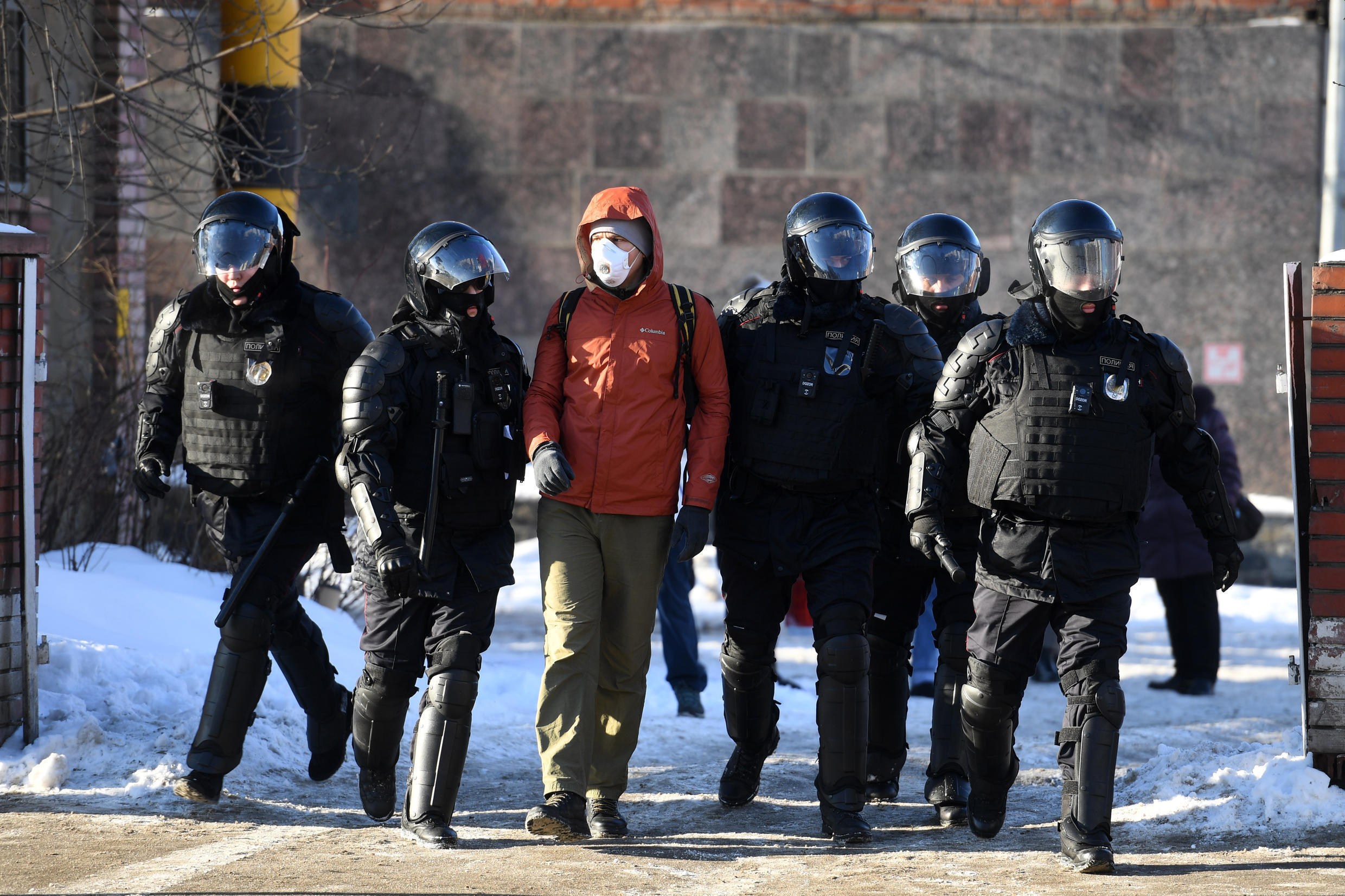 The international market for rare archaeological artefacts can be extremely lucrative, providing a huge incentive for looters keen to get rich quick. In recent years, wars and instability in Syria, Iraq, Libya and Egypt have seen priceless artefacts plundered. They have later turned up on the global art market. It then falls to specialist teams to sort the legitimate items from the stolen ones. Our colleagues at France 2 report, with .’s James Vasina.

The French public’s historically strained rapport with law enforcement has reached an all-time low in recent months. This comes after a spate of serious incidents of police brutality and racism, some of which were caught on camera. Simultaneously, the French opposition, media, human rights groups and even the UN cried foul over the government’s botched attempt to pass a new law that would have censored video footage of police forces. It’s all a far cry from the outpouring of solidarity and gratitude towards the police that France witnessed back in 2015. We take a closer look.

Amid violence, racism and poverty, the southern city of Porto Alegre has become a symbol of the divisions in Brazilian society. In November 2020, a Black man was beaten to death by white security guards at a supermarket there. Once a testing ground for the Brazilian left who wanted to change the world, the city has been run by the conservative right for the last 14 years. What has become of the children of the World Social Forum, which Porto Alegre hosted from 2001 to 2005? What remains of that alternative vision of the world? Our correspondents report.