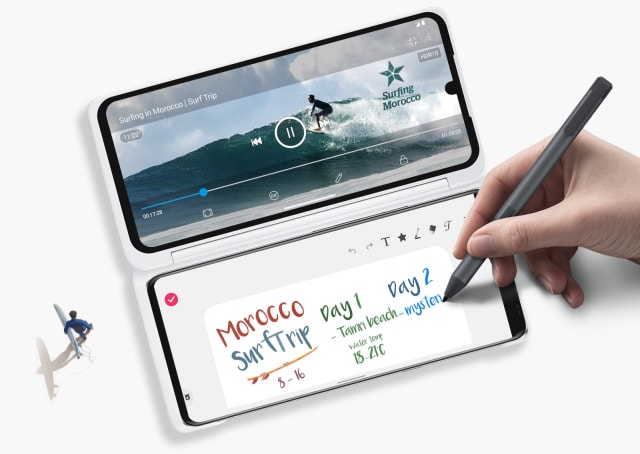 From there, things get weirder. If one screen won’t do, the Velvet is compatible with LG’s Dual Screen case (above) that gives you a second display for multitasking, writing, drawing and other chores. And LG being LG, it has arranged the 48-megapixel main camera, 8-megapixel ultrawide camera and 5-megapixel depth sensor into a stylish “raindrop” pattern.

LG has yet to reveal the price, but it costs the equivalent of around $700 in Korea. As mentioned, it will appear in Europe (Germany, Italy, Spain, Hungary and Poland) in June and come to North America, Latin America, Asia, the Middle East, Africa and Latin America “in the weeks ahead.”