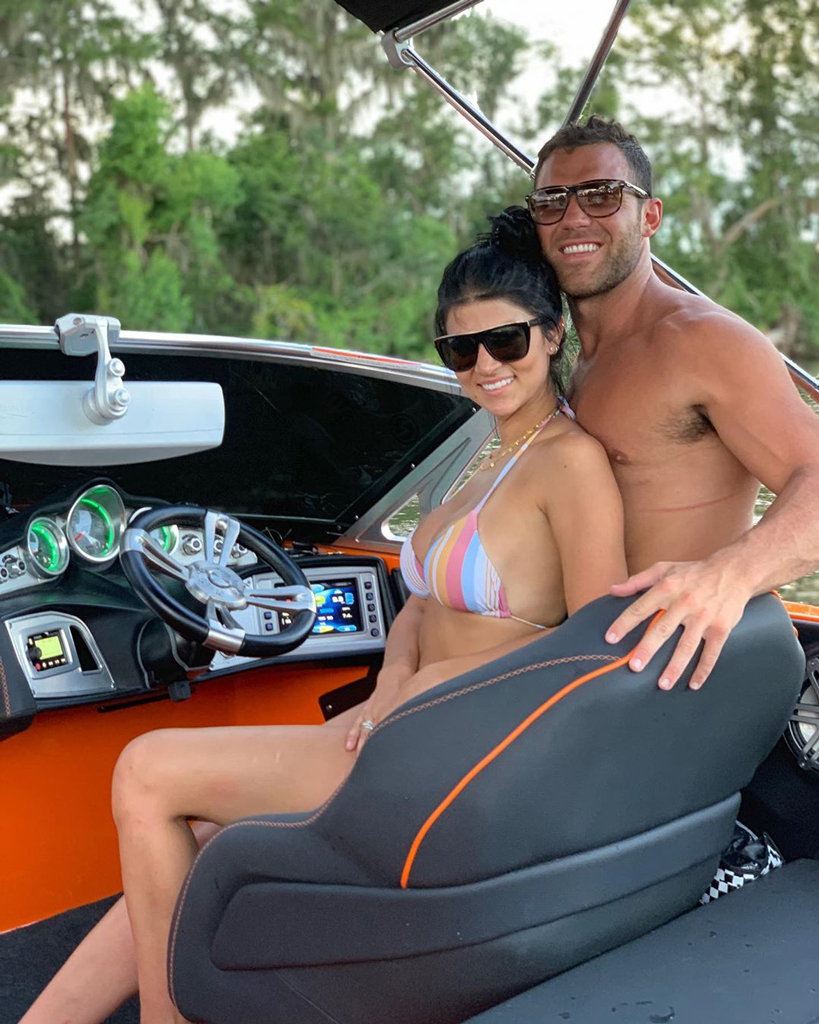 « Our hearts are full of love as Gary and I welcome our first grandchild, » she gushed in an Instagram announcement posted Thursday, June 12. « She is beautiful…there are no words. Congratulations Alyssa and Alex you are going to be amazing parents! We love you all so much. »

Back in December, the reality TV personality confirmed he and Alyssa were expecting their first child together, but the news was met with a bombshell claim from Alex’s ex-girlfriend and Siesta Key co-star, Juliette Porter.

« Weird how he cheated on her with me several months ago but ok, » Juliette wrote on Instagram at the time.

Alex, 25, never publicly addressed Juliette’s allegations, though in a teaser for the upcoming Siesta Key season, which premieres next Tuesday, fans see Juliette break the news to Alyssa that she and Alex hooked up during a trip to Nashville.

« He thinks that he can do anything he wants and get away with it but she deserves to know, » Juliette says, before telling Alyssa over the phone, « I f–ked your boyfriend in Nashville. »

E! News recently caught up with Juliette about her decision to address the matter with Alyssa directly.

« I wanted Alex to tell her, » she shared. « I gave him ample opportunities. It had been a good amount of time since Nashville happened and I had texted him here and there like, ‘Hey, I really don’t feel comfortable with this. I just want to move on and I don’t feel like I can fully move on until she knows.’ He was manipulating me and I got pushed to the edge. »

Juliette, who has a new man in her life following a split from The Bachelor’s Robby Hayes, has yet to address the birth of Alex and Alyssa’s newborn.

See all the drama play out when Siesta Key returns Tuesday, 16 at 8 p.m. on MTV.